As expected, Kobo has a new eReader on the way, and it’s a 7.8 inch model with premium specs. The Kobo Aura ONE will likely compete with Amazon’s Kindle Voyage and Kindle Oasis in the premium eReader space.

We learned a bit about the Kobo Aura ONE when it showed up at the FCC last week. Now a Dutch retailer has spilled virtually all the beans. 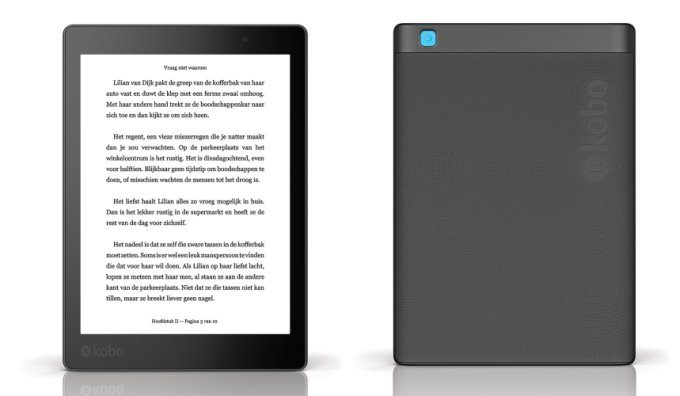 The new eReader features a 7.8 inch, 1872 x 1404 pixel illuminated Carta E Ink touchscreen display with 300 pixels per inch. That means the Kobo Aura ONE is larger than any of Amazon’s current eReaders, but it has the same pixel density, which means text should look just as crisp.

Under the hood, it features 512MB of RAM and 8GB of storage. Kobo says it should get up to a month of battery life.

It’s likely an official announcement is coming soon: Kobo CEO Michael Tamblyn pretty much promised one a few weeks ago.