Intel began shipping 7th-gen Core chips to device makers this summer, and now the company is finally ready to explain what makes the new processors tick.

The company is launching new 4.5 watt and 15 watt, dual-core chips based on “Kaby Lake” architecture. They’re expected to show up in laptops, 2-in-1 tablets, and low-power desktops in the coming months.

Expect to see a lot of Kaby Lake-powered devices announced at the IFA show in Berlin this week. 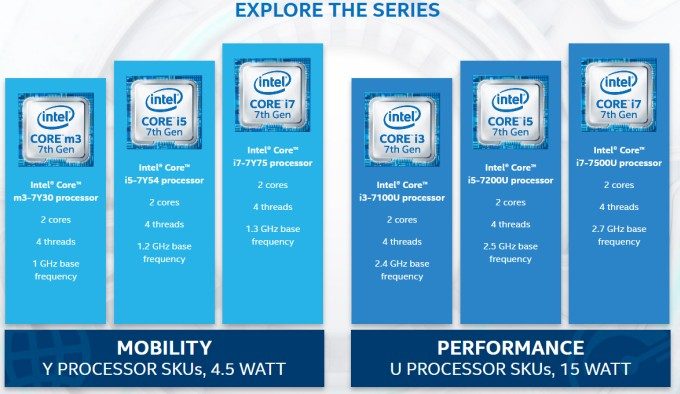 Kaby Lake is Intel’s third generation of chips to be based on 14nm process, disrupting the company’s usual tick-tock development schedule, which is now described at “process -> architecture -> optimization,” with Kaby Lake representing the optimization stage.

What kind of optimization? Intel says Kaby lake chips include some of the following improvements:

Intel is also promising better battery life, improved gaming performance due to updated integrated graphics chips, and faster video encoding for folks that want to do multimedia editing without a discrete graphics card. 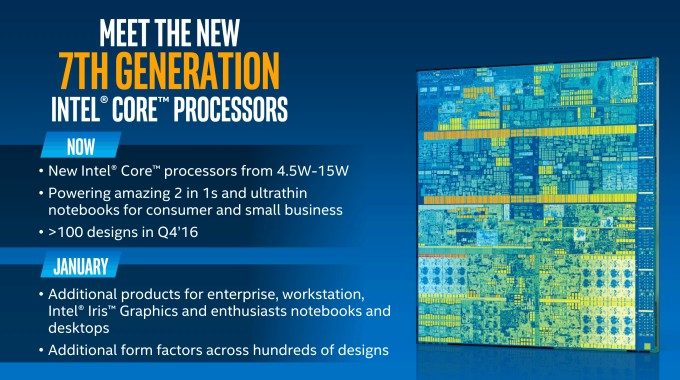 For the past few years all of Intel’s 4.5 watt chips were branded as Core M processors. But this year Intel is only using the Core M brand for its lowest-performance chip. Other Kaby Lake-Y chips will be branded under the Core i5 and Core i7 names… although if you pay attention to the model numbers it’s pretty easy to tell a 4.5 watt chip from a 15 watt chip at a glance.

Interestingly the pricing isn’t all that different for the different classes of chips, and the peak performance should also be similar… the key differences between Y and U series chips is the base clock speed. U series chips will have a base clock speed that’s about twice that of their Y series counterparts, which means even when not working at full capacity, they’ll be faster.

Meanwhile, the lower-power Y series chips should be able to offer longer battery life in some situations (assuming you have the same sized battery) and/or fit into thinner, lighter form factors.

That helps explain the change in naming: Intel and its hardware partners don’t want you to think of Core M/Y-series chips as cheaper, lower-performance cousins to their Core i/U-series processors. Instead, they’re simply designed to fit into tight spaces where more power-hungry chips might overheat.

At least that’s the idea. It’ll be interesting to see how it holds up in real-world performance.