Google’s Project Fi is a cellular network that blurs the lines between WiFi and mobile data. If you’re at home or another place where you can connect to a WiFi hotspot, the service will route your phone calls over WiFi. But the call will automatically be handed off to a mobile network if you walk out of range of that hotspot.

In order to take advantage of WiFi as often as possible, Project Fi customers can use a feature called Wi-Fi Assistant to automatically connect to open networks whenever they’re detected. 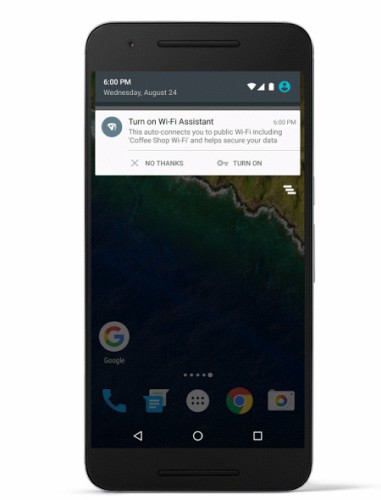 Google says Wi-Fi Assistant is rolling out to “all Nexus users in the United States, Canada, Mexico, UK, and Nordic countries” in the next few weeks.

So there are a few caveats. First, if you aren’t in one of those regions, no Wi-Fi Assistant for you. And second… by “all Nexus users,” what Google really means is all Nexus devices running Android 5.1 or later, including the Nexus 4 and newer.