Google is starting to overhaul its mobile communication apps. In May the company announced plans to launch a new text-based chat app called Allo which would be like a cross between WhatsApp and Snapchat, as well as a new video chat app called Duo to offer a simple solution for 1-on-1 calls.

Now Duo is available for Android and iOS, and Allo is on the way. So what does that mean for Google’s existing voice, video, and text app: Hangouts? 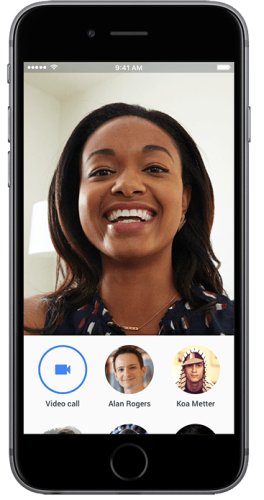 In an interview with Engadget, Google’s Nick Fox says it’s sticking around… but the company is going to focus on pushing Allow and Duo for consumers, while positioning Hangouts as a business product.

That makes sense if you think of Hangouts as a complicated solution that has a lot of features, like support for group video calls, SMS messages, and more… while Allo and Duo are simpler solutions that should be easier for people to start using right away.

But I do have to wonder about the people that have been using Hangouts for the last few years: how happy are they going to be to give up some of the extra features if Google eventually decides to make them enterprise-only.

Allo and Duo are also mobile-only apps for now, while Hangouts works on desktops. Engadget notes that desktop users will still be able to use it on a desktop — but if you’re using Hangouts on a desktop and your friends and family are using Allo on a phone, will you be able to talk to one another? It’s not really clear at this point.

That said, if you think of Duo as a standalone product that competes with FaceTime, Skype, and other video chat apps, it’s about as simple as it gets. You don’t need to sign up for a new account or link Duo with your Google ID. Just fire up the app on your phone, choose someone from your contact list and you can start a video call.

The app is designed to seamlessly switch between cellular and WiFi networks without dropping your call, so you should be able to start a conversation at home or work and keep talking when you head out of range of your router. And Google says all calls are protected with end-to-end encryption.