Game development platform Unity has announced a partnership with Facebook, allowing game makers to use Unity’s tools to publish games to Facebook.

That means developers can use the same tools to create games for Windows, Mac, Linux, Android, iOS, and Facebook’s web-based social network. But earlier this year the company launched a beta version of a Windows desktop app called Facebook Games Arcade, and TechCrunch reports the goal is to expand the desktop app to bring Facebook gaming to additional operating systems.

Thanks in part to the new Unity partnership, Facebook games may eventually take on Steam and other desktop gaming platforms. 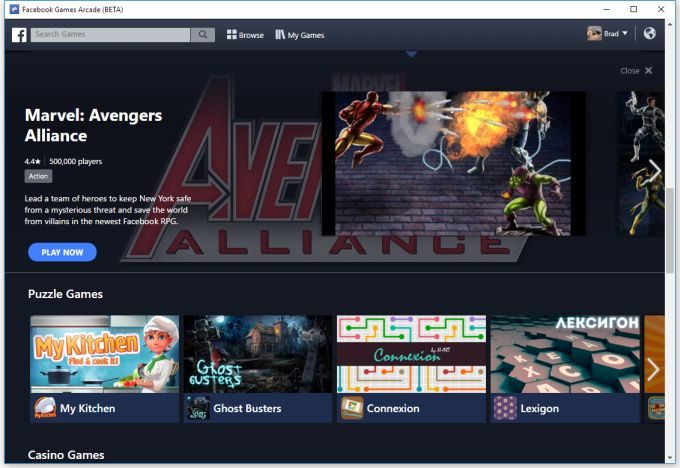 Right now Facebook Games Arcade is in public beta, and it offers access to a pretty limited number of casual games, such as Shipping Manager, Marvel’s Avenger Alliance, and Jurassic Park Builder, along with a handful of action, sport, adventure, card, and puzzle games, among others.

There’s no Overwatch or Arkham Asylum-style gaming yet. But with Unity support, that could change in the future.

In addition to making it easy for game developers to port Android and iOS games to run on desktop PCs, the new Unity software will allow developers to create much more detailed games that could run on Windows, Mac, or other desktop operating systems.

For now, Unity is allowing a “limited group of developers” to test out a closed-alpha version of Unity 5.4 with Facebook integration. Additional developers will gain access in the future.