When Microsoft launched Windows 10 last summer, the company said it would be available as a free update for Windows 7 and later for the first year that it was available. The official cut-off date was July 29th, 2016: if you didn’t update by then, Microsoft said you’d have to pay for a full Windows license to upgrade from Windows 7 or Windows 8.1.

But many people have noticed that this isn’t quite true: you can still upgrade using your existing Windows license to activate the newer version of the operating system.

That’s apparently not a mistake. It’s all according to Microsoft’s plan. But free updates will go away… eventually. Probably. 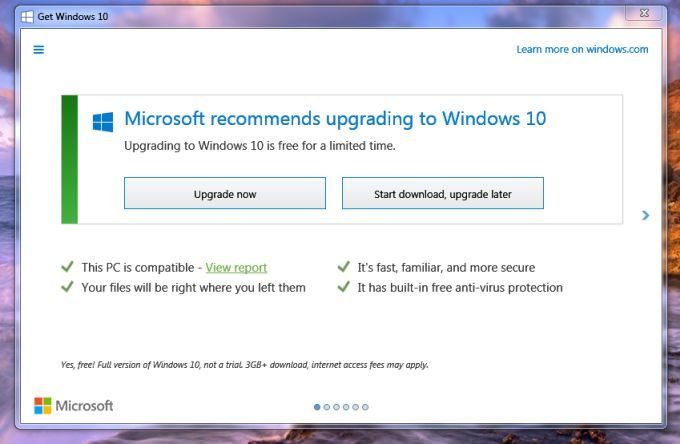 Microsoft watcher Paul Thurrott says he got a look at “some internal Microsoft documentation,” which says that despite the fact that Microsoft widely publicized that free updates would end on July 29th, the company has apparently planned all along to offer a sort of grace period for folks that couldn’t upgrade by the deadline.

The documents say Windows 7 and Windows 8 product keys will likely continue to work “for a limited period of time after the free offer ends,” but there’s no definition what “limited” means.

It does seem like Microsoft does plan to stop offering free upgrades at some point. And now that the official deadline has passed, it could happen at any minute. So if you were planning to upgrade, thought you’d missed your chance, and want to give it a try, there’s no time like the present. Just note that depending on when you’re reading this, the present might already be too late.

Other questions Thurrott answers include what happens if you change your PC’s hardware after upgrading to Windows 10, whether a license can be transferred, and how much it costs to upgrade from Windows 10 Home to Windows 10 Pro.