In June Google made it possible to run Android apps on the Asus Chromebook Flip. A month later the company rolled out support for two additional Chromebooks: the Google Chromebook Pixel (2015) and Acer Chromebook R11.

But up until now the only way to run Android apps on a Chromebook was to us Google’s Chrome OS dev channel.

Don’t like living on the bleeding edge? Now you can just live on the slightly sharp edge… because Android app support has now graduated to Chrome OS 53 beta channel. Don’t get too excited yet though. 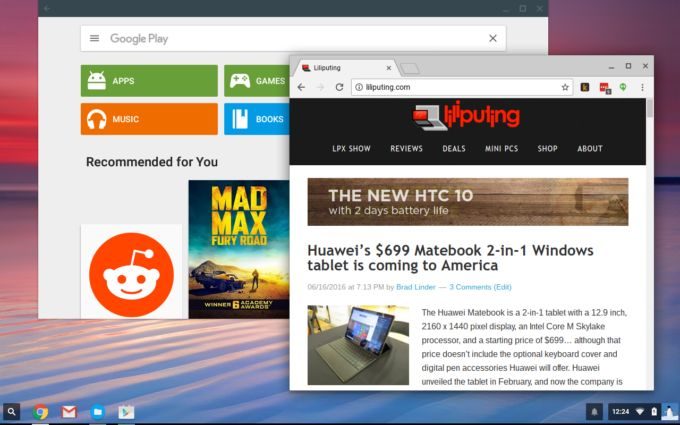 First of all, Android apps still only run on the same three Chromebooks. And second, while Chrome OS 53 has moved from dev to beta, Google still says “the Play Store on Chromebooks is still in Developer Preview and some features may not work as intended.”

In other words, Android app support was first introduced in Chrome 53… and right on schedule Chrome 53 has moved from dev channel to beta. In another 6 weeks it’ll probably go stable. But that doesn’t necessarily mean that Play Store/Android support will be stable in 6 weeks.

It also doesn’t mean Google’s ready to add support for any other Chrome OS devices yet… although the company does eventually plan to allow you to use the Google Play Store and install Android apps on dozens of Chromebooks and Chromeboxes.

I find it cute, by the way, that Google refers to the new feature as “Play Store on Chromebooks,” when it’s pretty clear that support for Android apps isn’t just limited to those downloaded from Google’s app store. You can also sideload apps and even third-party app stores.