It’s expected to sell for $999 and up when it goes on sale in North America in October. 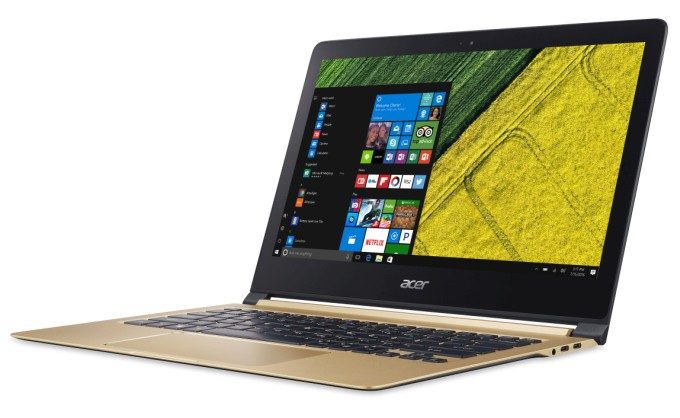 In case you missed it, that’s the middle-of-the-pack 4.5 watt processor in Intel’s new Kaby Lake-Y series. Intel says it should offer similar performance to what you’d get from a 15 watt Core i5 processor most of the time, but it has a base clock rate that’s much slower, so while it has turbo speeds of up to 3.2 GHz, don’t expect to get the same kind of sustained performance under load as you’d get from a Core i5-7200U chip.

That said, this compact notebook has a pretty sleek looking aluminum unibody design, it’s said to offer up to 9 hours of battery life, features 802.11ac WiFi, two USB 3.1 type-C ports, and a headset jack (and that’s pretty much it for the ports).

Other members of the new Acer Swift laptop family include the entry-level Acer Swift 1 and the mid-range Swift 3 and 5 notebooks, all of which have 14 inch displays.