Budget phone maker BLU’s phones are looking less and less like, well, budget phones. As expected, the company’s latest handset is a $300 model that features an octa-core processor, 4GB of RAM, 64GB of storage, and a fingerprint scanner. 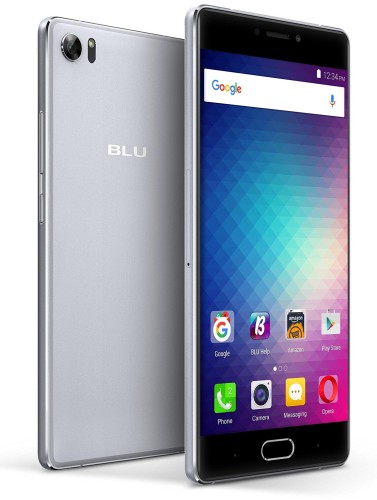 It’s a carrier unlocked phone that’s compatible with AT&T, T-Mobile, and other GSM networks in the US (including Cricket, MetroPCS, and Straight Talk).

Other features include a 16MP rear camera with laser and phase detection auto-focus and an 8MP wide-angle camera on the front, a 3,000 mAh battery, USB Type-C port, Android 6.0 software, and a pressure-sensitive “3D Touch” display.

If the BLU Pur XR looks a little familiar, that’s probably because you follow the Chinese smartphone market: the phone seems to be a rebranded version of the Gionee S8 with support for US cellular networks.

That’s pretty much par for the course with BLU, which has a history of bringing Chinese phones to market in the US.