Preview versions have been available since April, and while Microsoft and Canonical worked together to bring support for the Bash terminal to Windows 10, it didn’t take long for some users to figure out that they could get some desktop Linux apps to run in Windows.

Now it looks like you can even load Ubuntu’s Unity desktop environment, making windows 10 look like Ubuntu. There’s just not all that much you can actually do in Unity… for now. 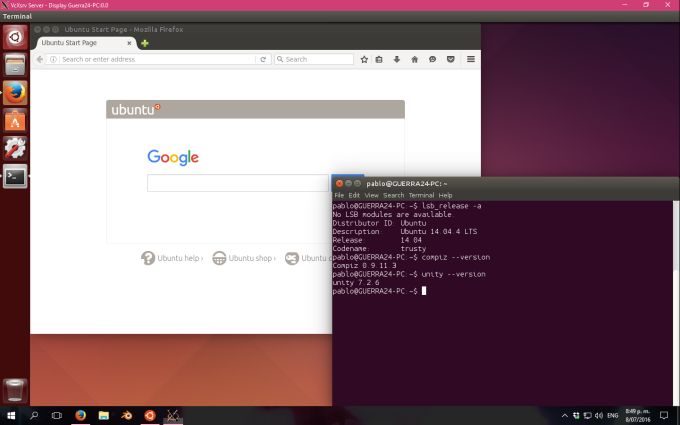 Unity is the default desktop environment for Ubuntu Linux, but since Ubuntu on Windows is designed for command-line use, it’s not enabled by default.

Guerra24 has posted instructions for installing and configuring Unity at github. It takes a little work: you have to install CompizConfig Settings Manager, VcXsrv Windows X Server, and XLaunch, enable the Unity plugin, and adjust some settings… and then you can only launch a few programs.

Still, it’s impressive that it works at all, and shows that Canonical and Microsoft really have loaded the core of the Ubuntu operating system into Windows 10. While the feature is aimed at developers, it could appeal to Linux users that have to use Windows for some reason or another… or Windows users that need to run a Linux program from time to time.