The Android One initiative is Google’s attempt to partner with smartphone makers to offer low-cost handsets designed to offer decent performance with Google’s Android operating system.

So far most Android One phones have been virtually indistinguishable from other cheap Android handsets. But the Sharp 507SH actually brings a few nifty features to the table.

The phone features a 5 inch, 720p IGZO display, a 3,010 mAh battery for up to 3 days of run time, and a water and dust-resistant design. The only catch? Sharp’s new Android One phone will only be available in Japan for now. 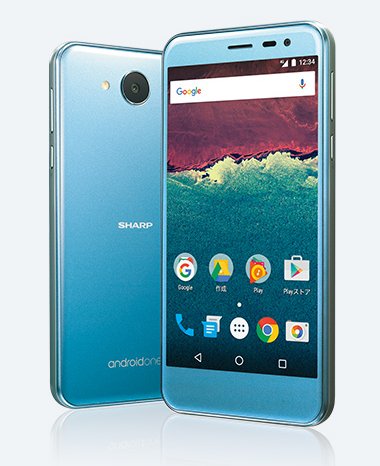 Sharp and Google have announced that the 507SH will be available from Japanese carrier Y! Mobile.

Other specs include a Qualcomm Snapdragon 617 processor, 2GB of RAM, and 16GB of storage. The phone has a microSDHC card slot and supports 802.11b/g/n WiFi, Bluetooth 4.2, and NFC.

There’s a 13MP camera on the back and a front-facing 5MP camera.

The Sharp 507SH will ship with Android 6.0 Marshmallow, and like other Android One phones it should receive software updates directly from Google for at least 18 months.