You can take some remarkable photographs using a smartphone… if you’re a good photographer and now how to line up your shot, be aware of lighting issues, and adjust a bunch of settings before snapping the photo. Microsoft’s new camera app is designed to help those of us who aren’t great photographers.

It’s caller Microsoft Pix, and it uses the company’s artificial intelligence to adjust settings before you take a picture and then automatically apply enhancements after the image is captured.

Microsoft Pix is available as a free app for iOS and Microsoft is working on an Android version… showing yet again that some of Microsoft’s best mobile software is coming to the most popular smartphone platforms before making its way to the company’s Windows 10 Mobile operating system. 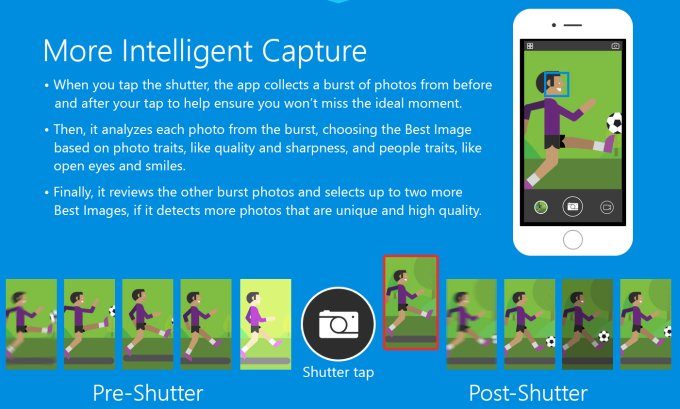 The camera app does a couple of interesting things. First, it automatically analyzes scenes and uses face detection to adjust focus, exposure and ISO settings before you tap the shutter button.

Second, when you actually do tap the shutter button, the app will take about 10 photos in a burst and then automatically select the best image to save, but if there are other pictures captured that are also good, but noticeably different from the first choice it will save up to two additional pictures.

Finally, it enhances the images with de-noising, white balance, tone, brightness, contrast, and other effects. You can also compare the tweaked version of the photo with the original. 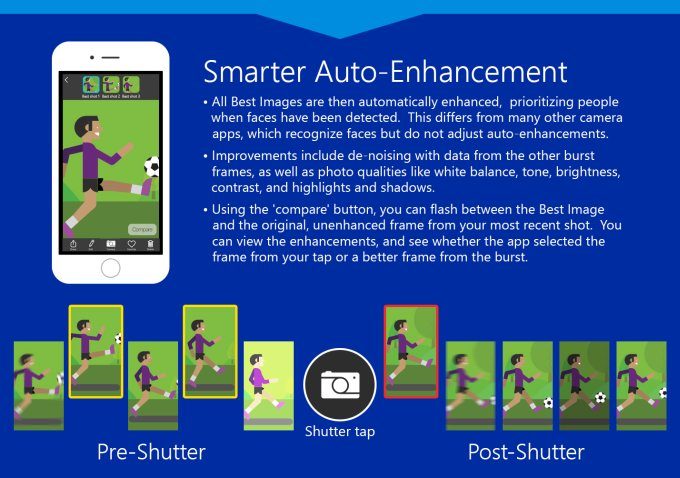 The app can also detect motion and create Live Images (which are sort of like animated GIFs) in some cases. But unlike Apple Live Photos, Microsoft Pix will only save Live Images if “interesting movement” is detected.

I don’t have a device running iOS 9 or later handy, so I haven’t been able to test Microsoft Pix myself. But it seems to be winning high praise from sites like VentureBeat, Engadget, and Gizmodo… although some users have noticed that while it sometimes takes much better shots than the default camera app, the results can be inconsistent at times.