The Sony Xperia X line of smartphones may have only launched in North America a few weeks ago, but there’s mounting evidence that the company has another flagship phone on the way.

Specs for an unannounced “Sony F8331” were leaked recently by the GFXBench website, and now GSM Arena has posted a series of photos that are said to show what the phone will look like. The site has also confirmed a few specs. 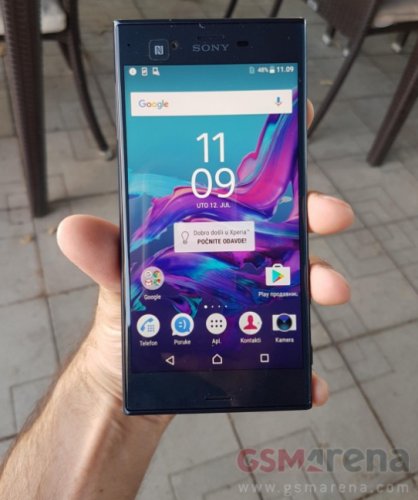 As with any rumor, it’s best to take this with a grain of salt until Sony makes an official announcement. But it seems like the phone has a brand new design, with curved edges but a flat top and bottom. It looks kind of like a Nextbit Robin… if that phone had a 2.5D curved glass display.

According to a tip sent to GSM Arena, the phone has a 1080p display, a USB Type-C port, a 3.5mm headphone jack, stereo front-facing speakers, and NFC support.

The rear camera is said to have dual-LED flash bulbs and both the front and rear cameras allegedly support 4K video recording.

If the GFXBench specs are accurate, the phone will also have a Qualcomm Snapdragon 820 processor, 3GB of RAM, a 21MP front camera, and a 12MP rear camera.

You can find more images at GSM Arena. There’s no word on when the phone will launch or how much it will cost.