A few years after launching a line of smartphones designed to protect users privacy and security, the makers of the Blackphone are taking one another to court. Swiss software company Silent Circle had partnered with Spanish phone maker Geeksphone to make the Blackphone and Blackphone 2.

But court documents reveal that the companies overestimated demand for the hardware and anticipated hundreds of millions of dollars in revenue that never appeared.

All told, it looks like the Blackphone has been a flop. 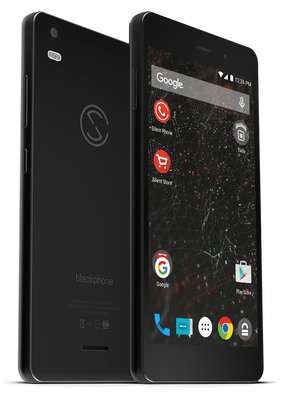 The details are coming out because of court documents released at the end of June. Geeksphone sued Silent Circle, saying the company owed it $5 million as part of agreement to buy out Geeksphone’s share in the joint venture.

But the documents also paint an interesting picture of what went wrong with the Blackphone.

The smartphone was designed to run a custom version of Android called PrivatOS which put security and privacy front and center… but which only works if you’re calling or sending text messages to other people using the same software. The phone was always going to be a niche product, but its makers hoped that it would appeal to corporate customers and privacy enthusiasts willing to pay a premium price for hardware that meets their needs… even if the phones were rather expensive and underpowered compared to other smartphones.

But apparently when Silent Circle agreed to buy back its portion of the business from Geeksphone, the company thought 3 major customers were lined up to purchase a total of 250,000 smartphones. But 2 of those customers backed out, and only about 6,000 phones were actually sold.

As Forbes notes, Silent Circle had forecast revenue of $750 million for 2015, but only actually brought in about $10 million.

Part of the problem is that Silent Circle had anticipated some of those big purchases… and had spent money to build phones and parts that nobody ever bought.

This kind of reminds me of another smartphone startup. Chinese company OnePlus has been making phones with a wider appeal for the past few years, but the company used an invite system when launching its first three phones. Before you could spend money on a phone you had to receive an invitation. This was annoying for shoppers, but it helped OnePlus gauge interest from potential customers in order to avoid producing more phones than it could sell — which was important to a company that was selling phones at a razor thin profit margin.

Now that OnePlus has been around for a few years and has a better sense of the demand for its products (not to mention some cash in the bank), the company has done away with the invite system. The OnePlus 3 is available for anyone to buy at any time.

Maybe the makers of the Blackphone should have used an invite system?

via law360, Forbes, and The Register