The ASRock Beebox line of mini-desktop computers launched last year with low-cost, low-power models featuring Celeron processors based on Intel Braswell architecture. These days you can pick one up for between $125 and $200, depending on the configuration: there are barebones models and versions that ship with Windows 10 Home).

But now there’s another option for folks that want better performance from a mini PC. The ASRock Beebox-S is powered by an 6th-gen Intel Core S Skylake processor. 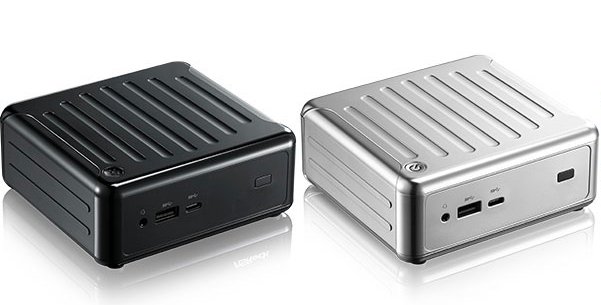 The computer supports 802.11ac WiFi and Bluetooth 4.0 and features a three USb 3.0 ports, one USB 3.1 Type-C port, two HDMI ports and a DisplayPort for up to three external displays, and Gigabit Ethernet. There’s a combination headphone/microphone jack on the front of the little PC.

There’s also an infrared port on the front of the case, and the Beebox-S comes with a remote control for media playback or other functions.

Both the Core i3 and Core i5 models are sold as barebones systems, which means you’ll need to supply your own memory, storage, and operating system. But given the extra power you get with a Skylake chip over an entry-level Braswell processor, the new Beebox-S systems are pretty reasonably priced steps up from the $125 barebones Beebox with a Celeron N3000 chip or $140 barebones model with a Celeron N3150 processor.