Prime Day is Amazon’s answer to the question: why isn’t there a Black Friday-style shopping holiday in the summer?

Last year the company offered deep discounts on thousands of items, and this year for the second annual Amazon Prime Day the company says it’ll offer at least twice as many deals… although some will surely be more exciting than others.

Prime Day kicks off at midnight on July 12th, with some deals lasting all day, or at least as long as supplies last, and others showing up as “Lightning Deals,” which will be available for a brief period, with new deals launching as often as every five minutes. 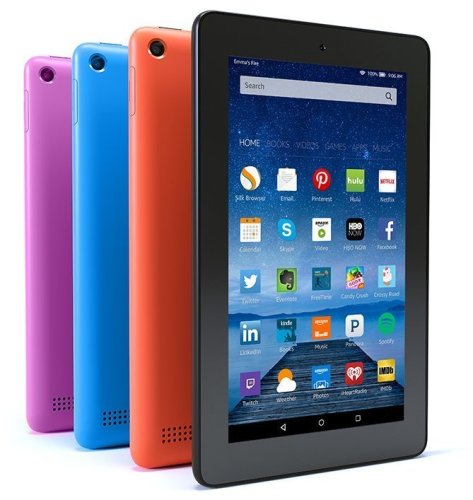 One of the best deals may be on the Amazon Fire Tablet. This already-cheap tablet usually sells for $50, but today it’s available for $33.33, which is 1/3rd off the usual price. And while some folks might be disappointed that the tablet runs Amazon’s Fire OS rather than stock Android software, folks have been hacking this tablet for ages: you can root it, get it to run the Google Play Store, and even install custom ROMs.

Note that you’ll need to be an Amazon Prime member to get these discounts: normally a membership costs $100 per year or $11 per month, but you can also sign up for a free 30-day trial to participate in Prime Day, get free shipping on millions of items, and access Amazon Prime Music, Prime Video, and other perks.

Here are some of the best Amazon Prime Day deals we know about for US customers.

For Amazon Echo, Dot, or Tap owners only:

Save $10 off eligible Amazon orders over $20 when you order using Alexa voice assistant.

Other laptops and 2-in-1s

You can always find more recent bargains in our daily deals section.