Sure, Motorola is selling a $300 projector that you can snap onto the back of the company’s Moto Z smartphones. But every now and again we see phones or tablets that have built-in projectors.

A startup called Akyumen seems to be building an entire line of products around the concept. This September company plans to begin selling a 10.1 inch Windows tablet, a 5.5 inch Android phone, and an odd 7 inch phablet that can run both operating systems. 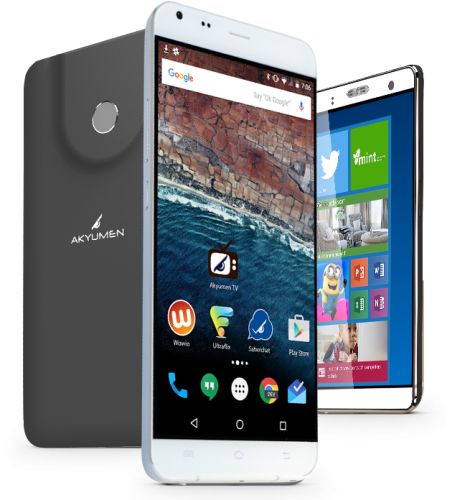 That last one is probably the most interesting, and most unusual, of the bunch. It’s called the Holofone Phablet, and it’s basically a 7 inch Windows 10 tablet with an Intel Atom x5-Z8300 Cherry Trail processor, 4GB of RAM, 128GB of storage, a 3,500 mAh battery, and a 35 lumen projector that you can use to shine presentation on a screen.

The Holofone supports WiFi, Bluetooth, GPS, and NFC, but it also has a SIM card slot and support for 4G LTE. While the device runs the desktop version of Windows 10 (which means you probably won’t be able to make phone calls when running Windows), Akyumen says it’s also compatible with Android… so it could be used as a dual OS device.

In other words, you may be able to use the device like a (big) Android device when you want phone functionality. But if you need to deliver a presentation for work, you can flip over to Windows, fire up the appropriate apps, and use the projector for up to 2 hours on battery power, or longer if you can plug in the Holofone.

At least that’s the theory. While a 3,500 mAh battery is reasonably large for an Android smartphone, it’s a bit on the small size for a Windows tablet. And the device’s Cherry Trail processor is really designed for use in tablets or notebooks, not phones.

Holofone Prices are expected to range from $600 to $950, depending on the accessory package.

The 10.1 inch Falcon projector tablet, meanwhile, is also expected to sell for $600 to $950 and features similar specs, a larger screen, a 40 lumen projector, and a 6,000 mAh battery. Unlike the Holofone, the Falcon tablet does not have cellular capabilities. 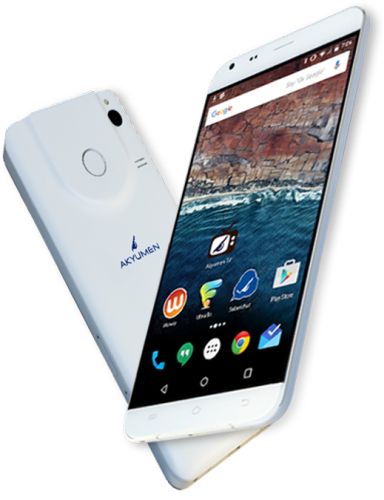 Techmagnet spent some time with the Akyumen Holofone and Falcon tablet at an event earlier this year, and produced this hands-on video: