The next major version of Windows 10 is coming August 2nd, but one feature that’s been available to members of the Windows Insider preview program won’t be included: Messaging Everywhere.

This is a feature that lets users with a Windows 10 phone and a Windows 10 PC respond to text messages from a computer. It’s been available to testers for a few months, and Microsoft’s Dona Sarkar says it’s been “well received,” but that the company decided it “can deliver an even better experience through the Skype app.” 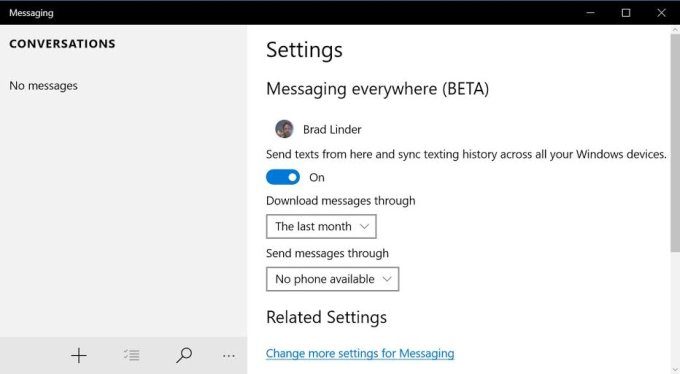 So Messaging Everywhere won’t be built into Windows 10. But it’ll still be available if you use the Skype app for Windows 10. It’s not clear why Microsoft thinks the Skype version will be better, but at the very least, it allows Microsoft to roll out updates to the feature through the Windows Store… and without requiring a Windows update.

There’s still another way to respond to text messages from a Windows 10 PC without using Skype: use Cortana. But odds are if you’re tied up enough in the Microsoft ecosystem to use Cortana you’re already comfortable running Skype.