When Sony launched its PlayStation Vue service in the US early last year, it was only available in select markets and it only worked on Sony PlayStation hardware.

Over the past year the company has added support for additional devices, dropped the starting price to $30 per month (or $40 in some cities), and generally made it a lot easier to get access to Sony’s live and recorded TV programming delivered over the internet.

Now PlayStation Vue is coming to two more platforms: starting today you can access the service on a Roku device and starting next week PlayStation Vue will be available for Android devices. 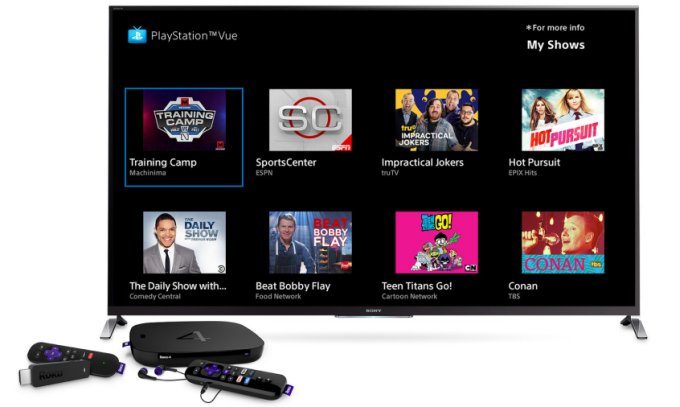 The Android app is designed to work with smartphones and tablets running Android 4.4 or later, and also supports Chromecast and other Google Cast devices (which means that while there’s not officially an Android TV app, you should be able to use your phone as a remote control and cast content to an Android TV device).

There’s still no word on if or when PlayStation Vue will be available for Apple TV.