Chinese startup Jide’s Remix OS is an operating system designed to make Google Android look and feel like a desktop OS. Jide launched a tablet and a mini-desktop PC running Remix OS in 2015, but over the past year the company has also partnered with a number of other device makers to load Remix OS on a wide range of products.

Now Jide is launching its own next-gen hardware… and announcing a few new partnerships. All of the new products are expected to be available initially in China, although they may come to other markets in the future. 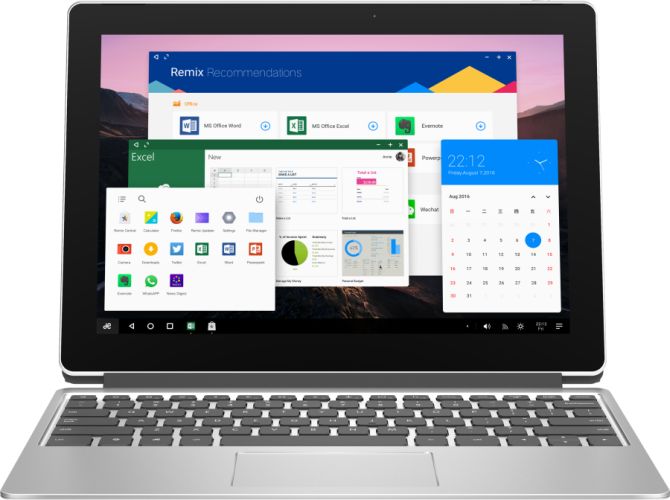 The Remix Pro is Jide’s second-gen tablet, and like last year’s Remix Ultra it’s a 2-in-1 tablet that comes with a keyboard cover, allowing you to use the Remix Pro as both a tablet and a desktop.

The design makes sense for a product that’s designed to showcase Remix OS: you can run smartphone and tablet-style Android apps in full-screen windows. But you can also run the same apps in smaller, resizable windows, allowing you to view multiple apps at once.

Remix OS has a Windows-like look, with a taskbar, desktop, and an app launcher that looks a bit like the Windows start menu.

The Remix Pro tablet is the first device to support Remix OS 3, which is based on Android 6.0 Marshmallow, and which features stability and bug fixes.

Jide’s keyboard cover for the Remix Pro weighs about a pound and measures 4.5mm (0.18 inches) thick.

Jide has also revealed that the AOC all-in-one PC with Remix OS unveiled in May will now be available in three sizes. In addition to the previously announced 24 inch version, AOC will make 22 inch and 32 inch models. 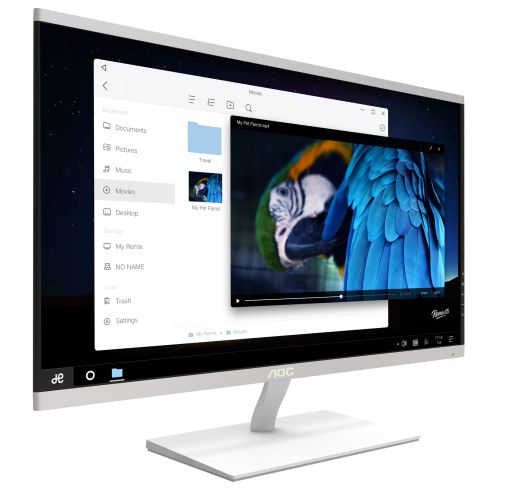 The company has also announced that it’s partnered with Acer to launch a limited edition 11.6 inch notebook with Remix OS in China.

And Jide has also unveiled a new design for a PC box. The platform includes:

Jide says the second-gen Remix OS box is still under development, and rather than offer it as a Jide-branded product, it seems like the company plans to offer it to OEMs that want to slap their own name on it.

In related news, after collaborating with the developers of Android-x86 to release Remix OS for PC (a version you can download and run on many existing computers), Jide has announced that it’s hired Android-x86 founder Chih-Wei Huang to work on Remix OS.

This doesn’t mean the end of the Android-x86 project though. Chih-Wei Huang will continue developing the open source version of Android for desktops, and recently launched the first release candidate of Android-x86 to be based on Android 6.0.