The BLOCKS modular smartwatch is set to begin shipping to customers in September. This follows a $1.6 million Kickstarter campaign in 2015 and a lot of other behind-the-scenes work to turn the idea of a modular smartwatch into an actual, working product.

BLOCKs started showing off the final hardware designs earlier this month, and co-founder Serge Didenko joined me for the latest episode of the LPX Show to discuss the company’s vision for a wearable gadget that uses the wrist strap as more than a fashion accessory.

You can listen to the full podcast at LPXShow.com. 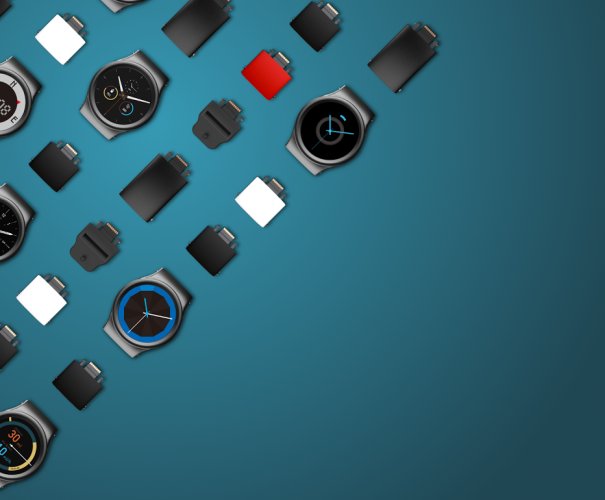 At first glance, BLOCKS looks a lot like other smartwatches. It has a 1.4 inch, 400 x 400 pixel round AMOLED display and a Qualcomm Snapdragon Wear 2100 processor. The watch itself runs a custom version of Android (not Android Wear), and can display notifications and alerts from your phone and comes preloaded with a number of other apps.

What makes the watch unusual is the strap, which is made up of a series of modules that you can snap together. Each can house a sensor, a battery, or other hardware.

A handful of modules will be available at launch, including a heart rate sensor, environment sensor, extra battery, GPS, flashlight, and programmable button. Some upcoming modules are expected to include SIM card, NFC, fingerprint, and gesture control hardware.

The idea is that you can not only buy the exact hardware you want for your watch, but also that you don’t need to use the same modules all the time. They’re all hot swappable, which means you can remove a battery and replace it with a heart rate sensor before a workout without rebooting the watch, for example.

You can pre-order a BLOCKS smartwatch plus four modules for $330. Most modules are expected to sell for around $30 to $50.

While I’m still not convinced I need a smartwatch, I certainly prefer the idea of a modular one that can change over time to the idea of one that you spend a lot of money on today… but which may be obsolete in a year or two. Allowing users to add hardware features could extend the life of the watch… and even if you eventually want a watch with a faster processor or a better screen, it’s possible that BLOCKS will be able to sell you one that you can use with all of your existing modules.

You can learn more about BLOCKS by listening to the podcast.