Most computer makers release new desktop, notebook, or tablet PCs at least twice a year. PC chip maker Intel tends to launch new processors about once a year. But computer users? They’re only replacing their old computers after 5 or 6 years.

That’s what Intel CEO Brian Kzranich said at an event in New York this week, and it’s a change from a few years ago, when the upgrade cycle was closer to four years. 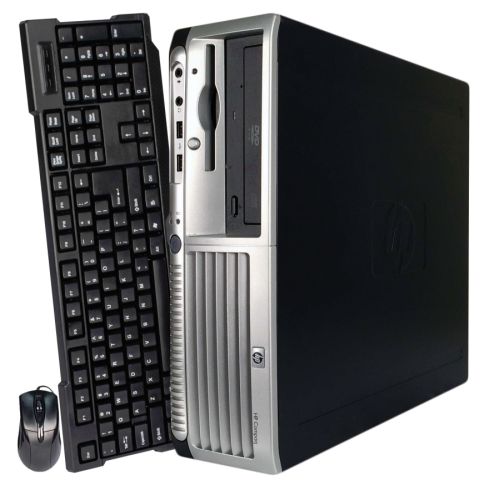 The good news for consumers is that the reason you probably don’t feel the need to upgrade so often is because your five-year-old computer is probably good enough for most tasks. The bad news is that the shift could hurt the bottom line for computer makers… which could eventually lead to fewer choices for consumers as companies in the PC space decide to look elsewhere for their profits.

It’s not like there aren’t new features that might be worth upgrading for. It’s just that most of them aren’t must-haves.

Over the past few years we’ve seen the rise of features like SSDs, laptops and convertibles with touchscreen displays and higher-than-1080p resolutions, and more recently the adoption of USB Type-C ports (including some with high-speed Thunderbolt 3 technology).

CPU and graphics processors have also improved in recent years, as has energy efficiency.

There are a few reasons we might see some additional upgrades in the coming years. Virtual Reality systems like the Oculus Rift and HTC Vive generally require powerful computers with modern graphics cards. If these devices go mainstream, they could tempt some people to upgrade. But at launch, I suspect they’ll mostly appeal to gamers… who were already among those most likely to upgrade their hardware every year or two instead of once a decade.

Another reason we could see the upgrade cycle pick up in the future? While thin and light laptops like the Asus Zenbook 3 and Apple MacBook are super convenient, they tend to have one major drawback: non-replaceable batteries. If long battery life matters to you, then you may find yourself either buying a new laptop in a few years when the battery in your laptop degrades… or doing what I did, and investing in an expensive (and heavy) external battery pack.

Ultimately, I think it’s a good idea to hang onto old hardware for as long as you find it useful. But if it causes companies like Intel to stop developing things like low-power laptop processors and instead shift their focus to cloud and IoT products, I have to wonder if there will still be low-cost, low-power laptops in the future.

Maybe AMD will step up?