People have been playing Game Boy games on smartphones for just about as long as there have been smartphones. But typically that involves loading an emulator app on a phone, scouring the internet for illegal ROMs, and then using horrible on-screen buttons (or pairing an external gamepad with your phone).

But later this year you’ll be able to buy a device that pretty much transforms a phone into a Game Boy… complete with support for actual game cartridges. 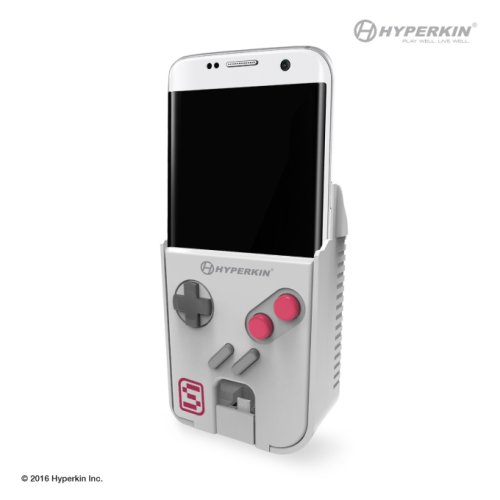 Hyperkin unveiled a smartphone accessory concept called the Smart Boy in 2015… right around April Fool’s Day. But the Smart Boy was only sort of a joke. The company wanted to gauge demand for the idea… and this week Hyperkin showed off a working prototype at the E3 game show.

You can pre-order a Hyperkin Smart Boy Developer Kit for $60. It’s expected to ship in December, 2016.

While the original Smart Boy concept was drawn up with an iPhone in mind, the developer kit is designed for use with Android phones and features a double-sided USB port for connecting with your smartphone (so I guess you’ll need a phone with a micro USB connector).

Put your phone inside the Smart Boy and it will cover the bottom half of the phone with a cover that features physical A, B, Start, Select, and D-Pad buttons. The top of your phone will function as a square display for games.

On the back of the Smart Boy there’s a slot for Game Boy or Game Boy Color cartridges.