Google is rolling out an update for most phones running Android 4.4 or later which is designed to let your phone display notifications from nearby items.

It’s called Nearby, and Google says it could let you know when there are apps or Android features you may want to take advantage of. For example, if you’re near a Google Cast device or Android Wear smartwatch, you may see a notification asking if you want to set up those devices from your phone. Or when you’re at a museum, you may see a notification asking if you’d like to download an app to listen to audio tours.

There’s just one kind of odd thing about the announcement: it sounds a lot like one that Google made last year. 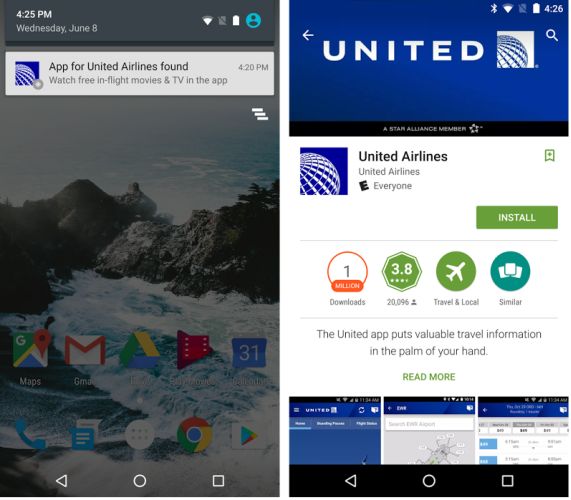 In July, 2015 the company introduced the Nearby API which developers could use to detect nearby devices including beacons or other phones. This makes it easy for apps to share links, contact details, or other data with another phone that’s nearby, use a Chromecast device as a guest, or perform other proximity-based tasks.

Google’s developers blog provides more information about how the new Nearby experience expands on the API released last year. Essentially, the company is allowing developers to “associate their mobile app or website with a beacon,” which means that as you pass by a physical location, you may receive a notification suggesting you download an app or visit a website.

Some of the first apps to take advantage of the feature include those for CVS, United Airlines, The University of Notre Dame, and The Broad Museum.

Worried that the physical world is about to start spamming your phone with notifications? Nearby only works if you have Bluetooth turned on and Location services enabled. So you can pretty easily opt out if you don’t need to leave those features enabled 24/7 for other reasons.