Luke Kenneth Casson Leighton has been developing the EOMA68 modular PC system for the past five years… and now he’s finally ready to begin selling hardware.

The first devices include a $65 computer-on-a-card that’s designed to fit into a laptop or desktop PC case.

You can reserve some of the first devices by making a pledge at the project’s crowdfunding campaign at Crowd Supply, and Leighton is hoping to ship the first units to backers in early 2017… assuming the campaign raises $150,000. 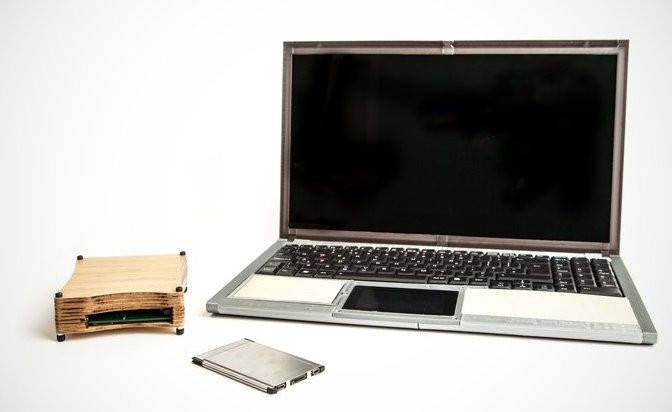 Part of what makes the EOMA68 unusual is that all of the software, hardware schematics, and even CAD files for the case design are all available for free.

You can find out more about Leighton’s plans for the EOMA68 platform in episode one of the LPX Show podcast:

He’s also been answering a bunch of technical and philosophical questions in a reddit thread about the EOMA68 project and in the comments below this article.

There is one catch though: the first EOMA68 PC cards aren’t exactly speed demons. They feature 1.2 GHz Allwinner A20 ARM Cortex-A7 dual-core processors, 2GB of RAM, 8GB of storage, micro HDMI, micro USB, and microSD card ports and they’ll be available with either Parabola or Debian Linux operating systems.

The good news is that this is a first-gen product. If all goes according to plan, there could be additional EOMA68 cards with faster processors, more storage and memory, and other improvements in the future: and they’d all be designed to be interchangeable, meaning you could upgrade your laptop for the price of a new PC card, without paying for a new screen, keyboard, and case.

EOMA68 cards are about the size of a credit card, and look like old-school PCMCIA cards… because Leighton borrowed the design from PCMCIA cards. 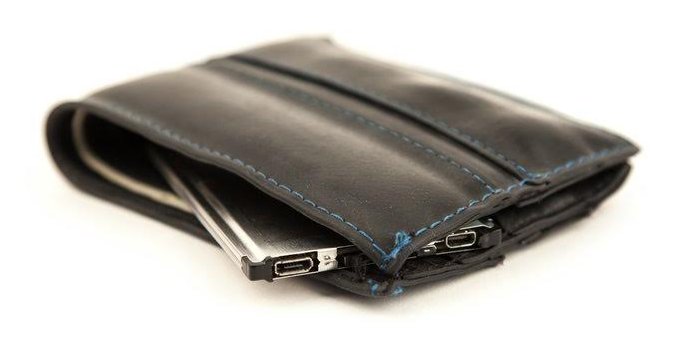 If you want to use the card as a desktop computer you can reserve a $55 micro desktop housing which is a 4.5″ x 4.5″ x 0.5″ wooden case with two USB ports, VGA and micro SD card slots, and an EOMA68 card slot. There are also options for laser-cut wood cases or 3D printed cases. 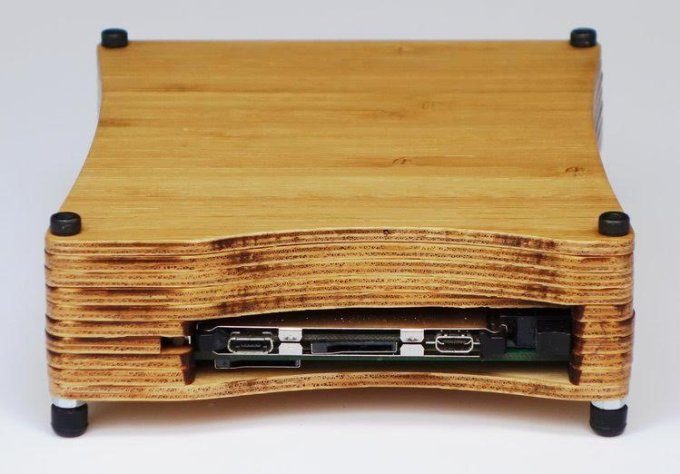 Want an EOMA68-powered laptop? You can buy a $500 laptop housing kit which includes all the parts you need to assemble a 15.6 inch notebook computer. Or you can save $50 by ordering a PIY (Print-it-Yourself) kit that includes a screen, system boards, and other hardware… but which lacks the actual case, since you can customize and print your own.

You can also request a pre-assembled laptop for a pledge of $1200… although that price might come down if the campaign hits its stretch goals. 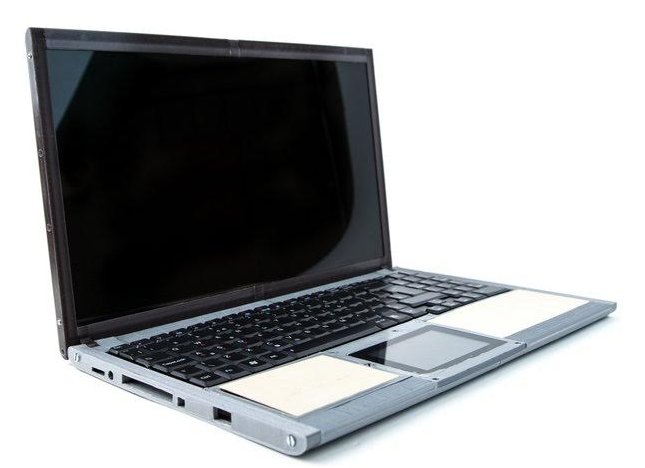 The laptop specifications include a 1366 x 768 pixel display, a 10,000 mAh battery (for up to 8 hours of battery life), a 4.3 inch capacitive touch panel (which is used in place of a touchpad), two external USB 2.0 ports, one internal USB 2.0 port, stereo speakers, a headphone jack, and a microSD card port. The assembled laptop weighs about 2.4 pounds.