Windows Hello is a security feature built into Windows 10 that lets you prevent unauthorized people from logging into your device… but which lets you login without entering a PIN or password.

Right now Windows Hello lets you do that via fingerprint, iris, or facial recognition, assuming your device has hardware to support those features.

Eventually you may be able to unlock your device just by wearing a wristband or other wearable device. Microsoft showed off the new feature at Computex this week, and announced that it was opening up the platform for third-party wearables. 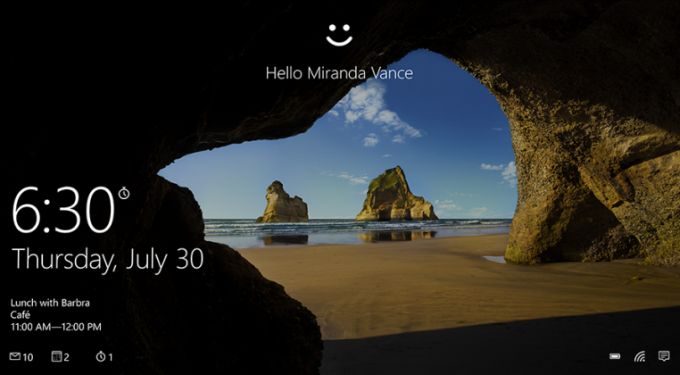 The framework could let you unlock your PC using a companion device that connects via Bluetooth, NFC, or USB… so we’re not just talking about wearables… although I wouldn’t be surprised to see support for Microsoft’s own Microsoft Band.

During the on-stage demo, Microsoft representatives showed how a Nymi Band could be used to unlock a PC. The Nymi Band is designed to do exactly that sort of thing, but it’s also designed specifically to be used in the workplace.

What could be interesting is if the makers of consumer devices like smartwatches or fitness trackers tap into the Windows Hello Companion Device Framework, allowing you to unlock your PC with products you may already own (or giving you an excuse to drop $23 or so on a cheap fitness band, knowing it can also be used as a security device for your PC).

via MSPowerUser, The Verge, and Engadget