Less than a week after releasing the first build of Chrome OS for the Asus Chromebook Flip that lets you run Android apps on the touchscreen laptop, Google has released an update that fixes some of the issues with the first build. 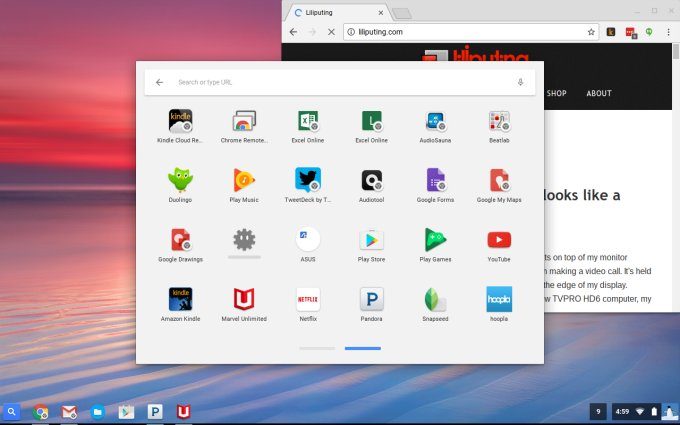 Chrome OS 53.0.2773.0 dev is designed to fix some of the bugs that were present in the first build, but there’s also at least one noteworthy new feature: there’s a little greyscale Chrome logo in the corner of web apps, which makes it easy to differentiate between Chrome apps and Android apps so you know which one you’re about to launch. 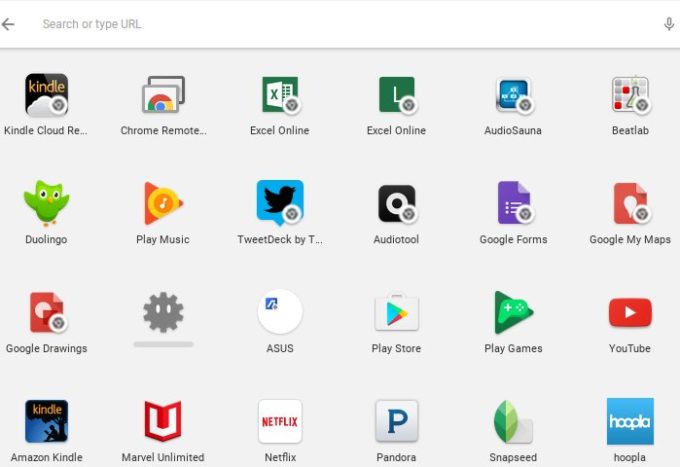 I’m still finding that if I try to open most apps in landscape mode and then rotate to portrait mode, the app doesn’t expand to fill the screen. Instead the bottom is usually just cut off. But now the screen doesn’t freeze anymore. Instead I can just rotate the screen back and things will return to normal.

There’s still no support for playing a video in one window while interacting with a web browser, game, chat app, or other content in a second window. As soon as you click away from the Android app that’s playing video, it will pause. It’s possible that this behavior will change when Android N support makes its way to Chrome OS, since Android N supports multi-window mode, and Android 6.0 does not.

You can run other apps in the background though. For example, I launched Pandora and started streaming some music. Then I minimized the app and the music kept playing while I surfed the web or read eBooks.

In fact, it took me a while to figure out how to make it stop playing. Clicking the X icon in the top right corner of the Pandora app made the window disappear, but the music kept streaming. The only way I could truly close the app was to re-open Pandora, right-click on its app in the taskbar, and then choose the close option. 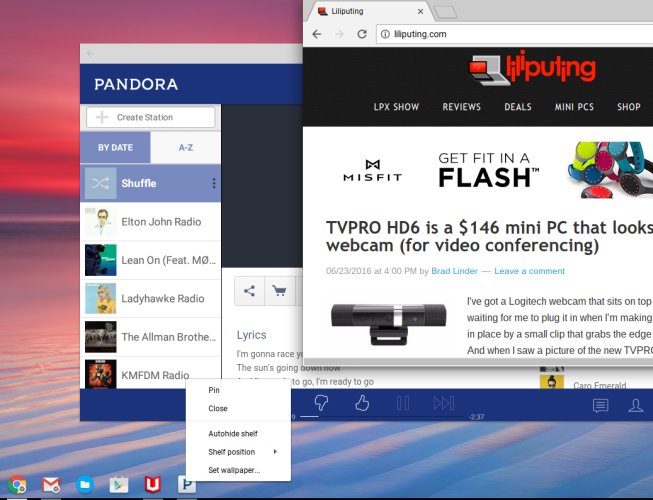 Oh, and one more thing to note: after installing the update I had to login to Google Play again and all of the Android apps I had installed disappeared. Some users may also not be able to access the Play Store at all without taking some extra steps. This is the kind of thing that can happen if you’re running pre-beta software.

Overall it still feels like the Android apps-on-Chrome OS feature is still very much a work in progress. But it’s getting a little more polished, and as long as you’re willing to put up with a few quirks, it’s already pretty impressive. It makes a Chrome OS device like the Asus Chromebook Flip feel more like a true tablet and a true laptop thanks to support for native media players, games, office software, media editing apps and more.

Hopefully we’ll start to see new Chrome OS devices with more built-in storage in the future so you an truly take advantage of all that Android has to offer. The Chromebook Flip I’m testing has a healthy 4GB of RAM and its Rockchip RK3288 processor seems powerful enough to handle most of the tasks I can throw at it. But it’d be pretty easy to fill up the convertible notebook’s 16GB of storage space by installing a few large games, downloading a few movies, and saving some music for offline playback.