In practice, the feature has been anything but universal. When I reviewed the Google Nexus Player in late 2014, for instance, I noted that a search would bring up content from Google Play Movies and YouTube, but not Netflix.

Now universal search is a little more universal… because Google just announced that search results would now include Netflix content. 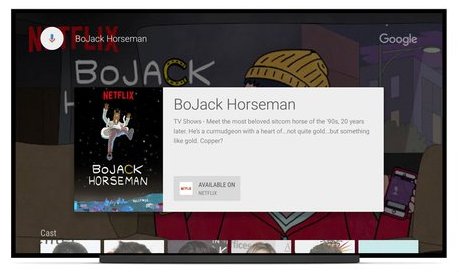 That means instead of firing up the Netflix app and then searching for a movie or TV show, you can tap the mic button on your remote to search by voice from just about any screen on your Android TV.