So it’s interesting to see another option called the Open Source Virtual Reality project, or OSVR. An early launched in 2015, and now the OSVR team has unveiled a new model called the HDK2 (hacker development kit 2) which is coming in July for $399.

As the name suggests, the OSVR is an open platform, and currently supports games developer either specifically for the OSVR or for SteamVR. 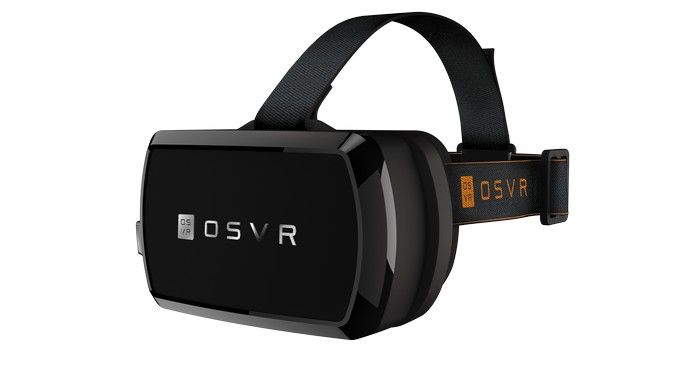 The new HDK2 model supports dual OLED displays with a combined resolution of 2160 x 1200 pixels and a 90 Hz refresh rate, an infrared camera for position tracking, and support for integration with third-party motion controllers, gamepads, or other accessories… although it doesn’t actually come with its own controllers.

OSVR was co-founded by gaming company Razer and VR company Sensics, but the goal of the project is to develop an open standard for virtual reality hardware and software, so eventually you could see other headsets, game controllers, and other hardware that are interchangeable thanks to the standard… if it takes off.

On paper the HDK2 seems like an attractive alternative to to the Oculus Rift or HTC Vive, both of which cost a lot more money. But it remains to be seen if game makers, hardware companies, and others will tap into the platform… so while it’s unlikely to become a $399 paperweight anytime soon, it’s also unclear if it will ever become a true rival to the Rift, Vive, or upcoming Sony PlayStation VR.