Last summer Bethesda launched a limited edition Pip-Boy smartphone accessory that allowed you to strap your phone to your wrist and use it while playing Fallout 4.

Now Bethesda has partnered with ThinkGeek to offer an even more realistic version of the wrist computer from its popular game series. 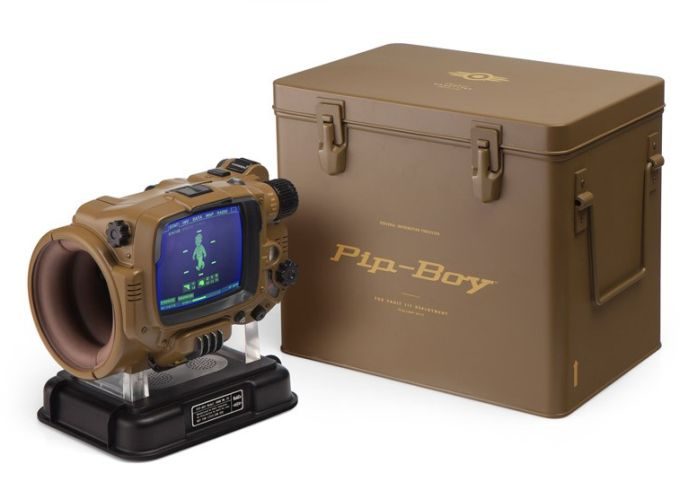 The Pip-Boy: Deluxe Bluetooth Edition is basically a reproduction of the Pip-Boy accessory from the games, complete with knobs, dials, and monochrome display. But you don’t have to insert a phone to use it. Just slide it on your wrist and… well, sync it with your phone, like you would any other smartwatch.

And when I say like any other smartwatch… I mean it will display notifications, allow you to make phone calls, or stream music. But there’s one big difference between the Pip-Boy and most smartwatches: this thing is huge.

That said, it’s really more of a collectible than a wearable that you’d actually, you know, wear out in public. There is a Cosplay mode for those times when you do want to be seen in public with a Pip-Boy on your wrist. And unlike most smartwatches, this model has stereo speakers. It also houses a removable USB flash drive.

All told, the novelty value alone makes the Pip-Boy: Deluxe Bluetooth Edition something that might have more appeal than another huge wrist computer. The Rufus Cuff is basically just a 3.2 inch smartphone that you can wear on your wrist. It’s probably more functional than the Pip-Boy prop… but it’s a lot less cool looking. 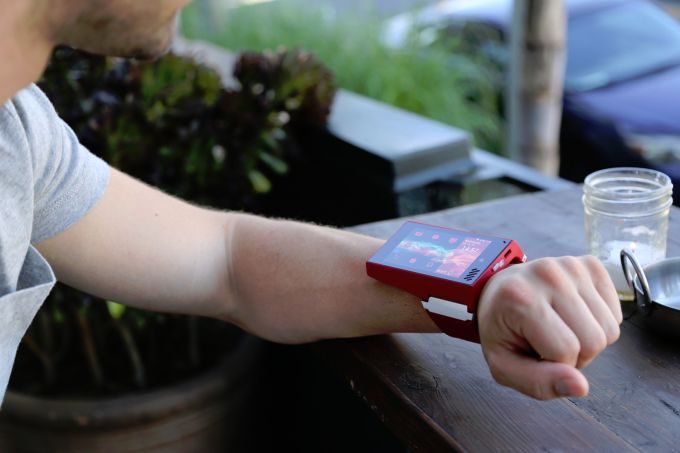 The Pip-Boy replica is available for pre-order from ThinkGeek for $350 and it should ship in November.

The Rufus Cuff is available for pre-order for $299 and up and should ship… sometime this year.