As expected, Sony is launching a new smartphone called the Xperia E5.

With an expected price of around  €199 ($222), the phone is cheaper than any of the company’s more powerful Xperia X series phones… but while the Xperia X phones are all coming to the United States this summer, the Xperia E5 is expected to launch initially in Europe, the Middle East, Africa, and Latin America. 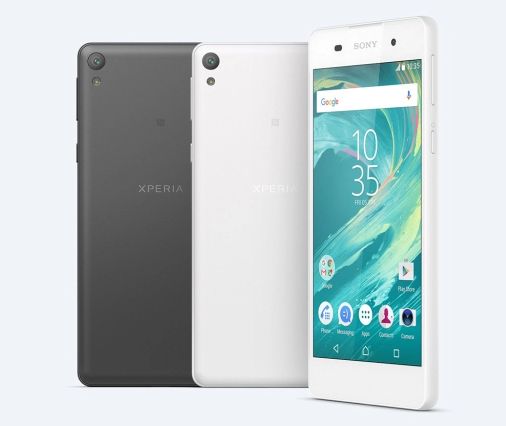 The Sony Xperia E5 features a MediaTek MT6735 quad-core processor, 1.5GB of RAM, 16GB of storage, a microSD card slot, a 13MP rear camera with auto-focus, flash, and HDR photo support, and a 5MP front-facing camera with a front flash.

Sony says the phone should be able to get up to 2 days of battery life from its 2,700 mAh battery, and if this were a phone from any other company I’d be skeptical. But my wife has a Sony Xperia X3 Compact Edition smartphone and I’m constantly amazed as how infrequently she needs to charge it. Then again, I have an aging Google Nexus 5 which needs charging a few times a day, so maybe it doesn’t take much to amaze me.

While we’d originally heard that the Xperia E5 would have a 4.6 inch display, according to the Sony website it actually has a 5 inch, 1280 x 720 pixel display.

The phone measures 5.7″ x 2.7″ x 0.32″ and weighs about 5.2 ounces. Sony will offer single SIM and dual SIM models, and the phone ships with Android 6.0 Marshmallow software.