Samsung’s latest solid state drive is super-fast, supporting sequential read speeds up to 1,500 MB/s and write speeds up to 900MB/s. It can also hold a lot of storage: Samsung plans to offer models with up to 512GB of storage. 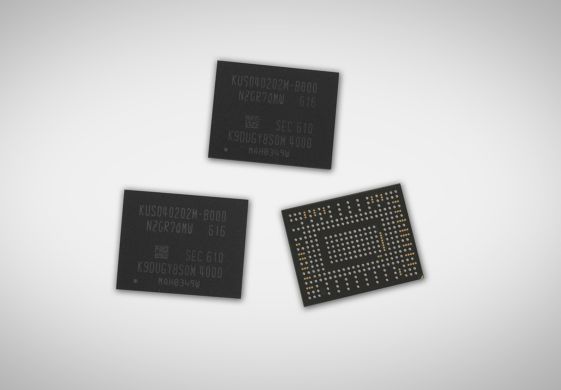 While we’re comparing sizes, I should point out there are a few more relevant comparisons: Samsung says the new SSD is about 1/5th the size of an M.2 SSD and 1/100th the size of a 2.5 inch SSD or hard drive… and those are the things it’s most likely to replace.

Long story short, you can expect this tiny, speedy, high capacity storage system to be used in tight spaces such as tablets or ultra-thin laptops.

Samsung says it saved space by putting the V-NAND flash, an LPDDR mobile DRAM chip, and a controller all into a single ball grid array package.

Samsung has begun mass producing the new SSD and plans to deliver versions in 128GB, 256GB, and 512GB capacities soon.