You can use the CHIP by connecting a display, keyboard, and mouse. But the company also promised that it would release accessories like the PocketCHIP to turn the little PC into a full-fledged portable computer/gaming device.

A year after launch, this month the first PocketCHIP units should begin shipping to backers of the original crowdfunding campaign. You can also pre-order a PocketCHIP for $49, but new orders aren’t expected to ship until June. 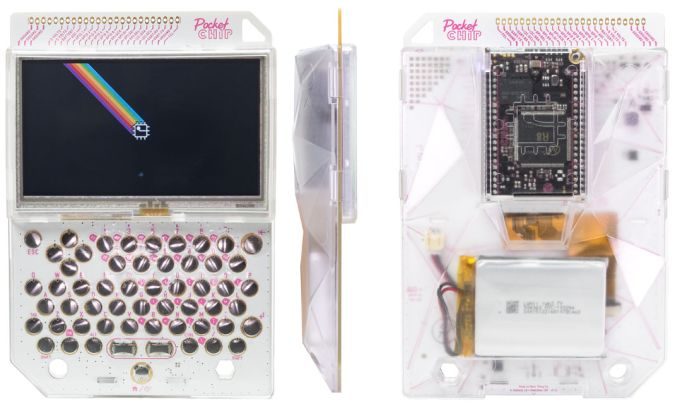 PocketCHIP includes a a 420 x 272 pixel display, a battery that should last for up to 5 hours, and a QWERTY keyboard for typing with your thumbs. There’s also a pencil-sized hole in the bottom that lets you insert a pen or pencil which serves as a kickstand.

$49 is a promotional price. Eventually the full retail price will go up to $69. But you’re sort of saving $15 when you buy the PocketCHIP, because it comes with a free, licensed copy of PICO-8, a “fantasy console” program for creating, playing, and sharing retro-style video games. PICO-8 normally sells for $15 on its own.

The folks behind CHIP also came up with another kind of goofy use for PocketCHIP: a virtual reality system called PockulusCHIP. Initially conceived as an April Fool’s joke, the developers eventually realized that you actually could make a Google Cardboard-style headset that turns the $49 handheld computer into a sort of VR system. 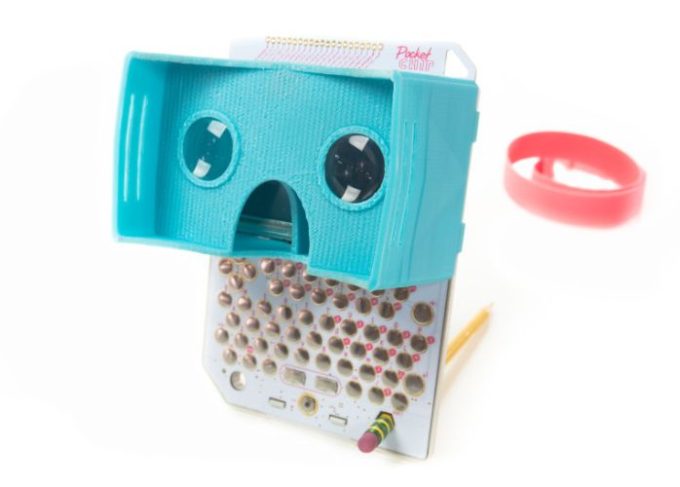 PockulusCHIP does require some 3D printed parts and a set of lenses to adjust the focal distance… and a willingness to put up with some heavy “screen door effect,” since you’ll easily see the spaces between the pixels on the low-res screen when you put it that close to your eyeballs.

But it’s kind of an impressive combination of some of the hottest trends in tech today, including VR, 3D printing, and low-cost, single-board computers.