Motorola’s next flagship phones are coming soon, and if leaks are to be believed, there will be at least two Moto Z models, including one with a slim design and a Qualcomm Snapdragon 820 processor, and another with a bigger battery but a less powerful Snapdragon 625 chip.

Leaks also suggest another interesting feature: a connector on the back of the phone that lets you attach “MotoMods,” which are optional back covers with additional hardware.

Evan Blass has previously shared pictures showing what the phones look like. Now he’s sharing a leaked picture of some of the MotoMods. 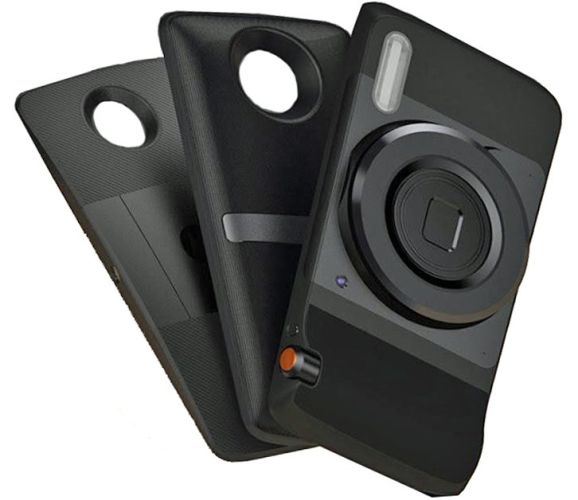 One mod seems to be designed to add high-quality camera features to the phone. There’s a dedicated button for snapping photos, what looks like a Xenon flash and a large lens with a built-in cover. It may also support optical zoom. .

There are two other mods in the picture,  Update: Blass says the one on the left is a projector, the one in the middle features JBL speakers, and the camera module features a “Hasselblad camera.”

Blass had earlier reported that MotoMods would include a pico projector, stereo speakers, and “a premium camera grip with optical zoom lens.” 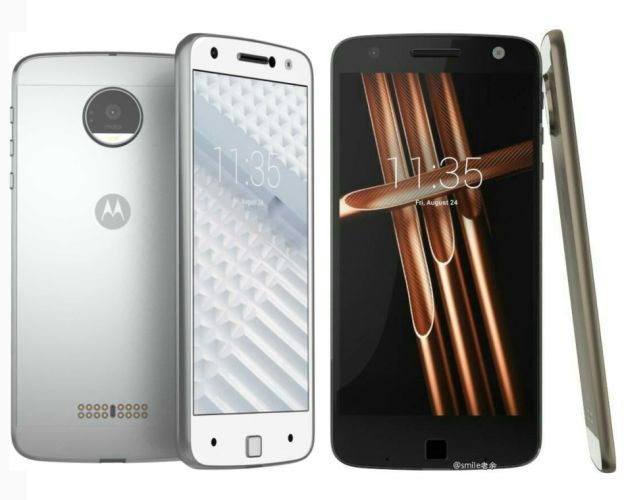 Motorola is expected to phase out the Moto X name and use Moto Z for its 2016 flagship phones.

Both phones are said to feature 5.5 inch AMOLED displays. 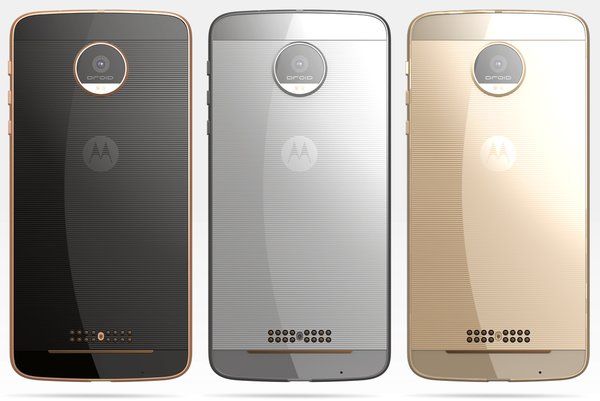 It’s likely that the new Moto Droid phones will also support MotoMod backplates, since they have the same connectors on the back as the Moto Z phones.