One of the most interesting features in Windows 10 Mobile is the ability to connect some smartphones to an external display to run some apps in a desktop-style mode. Microsoft calls this feature Continuum for Phone, and two of the first phones to support it were Microsoft’s own Lumia 950 and Lumia 950 XL.

While there aren’t a whole lot of Windows phones on the market these days, a few other companies including Acer and Vaio have introduced Continuum-ready handsets. But most phones that support Continuum are high-end smartphones.

Then there’s the Moly PcPhone. 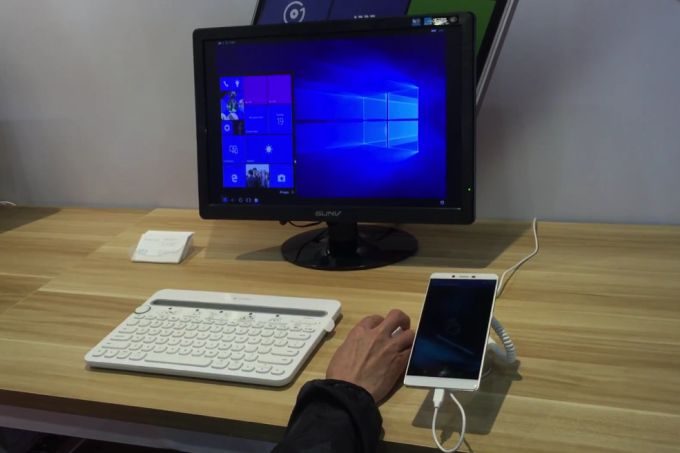 Chinese device maker Moly started showing off the phone at the Hong Kong sourcing fair recently, and plans to bring it to Computex later this month.

The phone is expected to sell for under $400 and its features include:

The phone has a micro USB port rather than a USB Type-C connector, so in order to hook it up to an external screen you’ll need a WiDi wireless display adapter.

Note that this phone lacks support for US mobile broadband networks. Butit shows that mid-range hardware can support Windows 10 Continuum software, allowing you to surf the web, edit documents, or run other Universal Windows Platform apps on a big screen.

Charbax from ARMDevices got a chance to check out the phone, and it seems to handle Continuum mode reasonably well.