MeegoPad is taking pre-orders for the MeegoPad A02 through a crowdfunding campaign in China at JD.com, but I wouldn’t be surprised to see this system sold in other markets in the future. 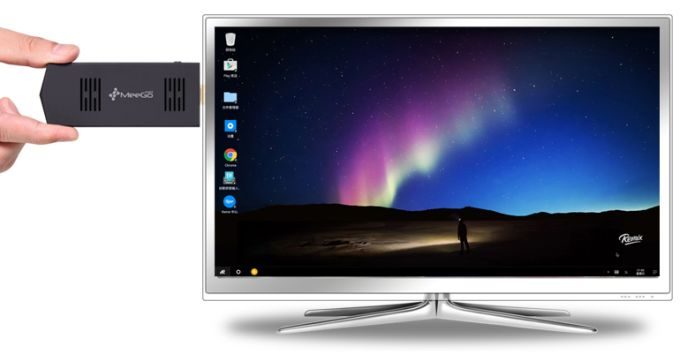 The MeegoPad A02 features an Allwinner A83t ARM Cortex-A7 octa-core processor, up to 2GB of RAM, and up to 32GB of storage.

What makes this device unusual, though, is that it’s one of the first PC sticks to ship with Jide’s Remix OS. That’s a custom version of Android designed to make Google’s mobile operating system feel like a desktop OS.

There’s a taskbar, desktop, and start menu-style app launcher. And you can run apps in resizeable windows for true Windows-like multitasking. That feature was probably a little more exciting before Google announced that you’d be able to run Android apps in a similar fashion on Chrome OS devices.