Sure, the companies that make smartphones and their components have been trying to enable longer battery life by producing phones with massive batteries and energy efficient chips.

At the same time, we’re seeing a lot of technologies aimed at easing the pain of batteries that don’t last long enough, including some tools that help us charge devices wirelessly (without plugging them in) and others that let us recharge our devices in minutes instead of hours.

Chip maker MediaTek’s latest contribution comes in the form of Pump Express 3.0: a technology that the company says will let you take a smartphone battery from 0 to 70 percent in as little as 20 minutes. 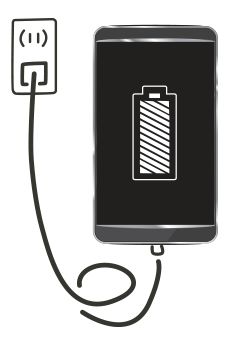 As the name suggests, Pump Express 3.0 isn’t MediaTek’s first venture into this space. But it is the first to use “direct charging” through a USB Type-C connector.

Basically this means that the charging circuitry in the phone is bypassed, sending the current straight from the charging cable to the battery. This takes advantage of the ability of USB-C to deliver power quickly, but keeps your phone from overheating while it’s happening. There’s also bi-directional communication, so the charger knows what’s going on in the phone and can control the current appropriately. 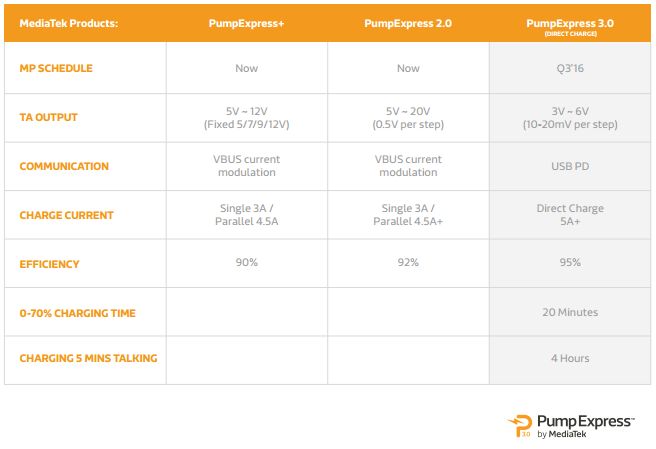 Keep in mind, MediaTek’s 70 percent in 20 minutes claim doesn’t actually say how big the battery is that’s being charged in that example… so expect things to take a little longer if you have a phone with a big battery.