If you purchase an app from the Google Play Store you can download and install it on multiple devices. That means you can pay for a game on your smartphone, but install it on your tablet as well, or install it on a new phone when it’s time to upgrade.

But if multiple people in your household have their own phones or tablets, odds are that they also have their own Google accounts. And that means if they want to install those same apps on their devices, they’ll have to pay for them.

That changes this summer though, because Google is adding a new Family Library feature to Google Play. 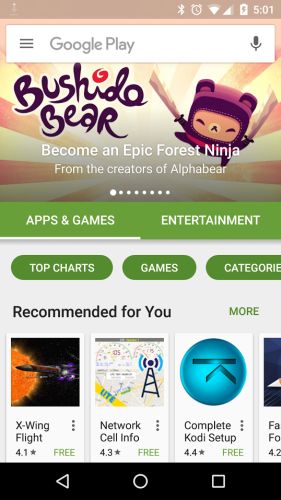 Family Library lets up to six family members share apps purchased from Google Play. So you don’t need to pay two or three times if two or three people in your household want to use the Pro version of Business Calendar or the ad-free version of Classic Words.

According to Google’s updated developer distribution agreement, Family Library features should be available in July. Developers have the option of allowing users to share items they’ve previously purchased, but this is not mandatory.

Family members will be able to create “family groups” that are “subject to reasonable limits designed to prevent abuse of family sharing features.”

While family sharing applies to paid apps, it does not apply to in-app purchases or subscriptions.

We got our first hints that this feature was on the way in November, 2015, but now it looks like the Google Play Family Library is almost ready to go live.