The winners get a trip to the Google I/O developer conference or a smartphone. The rest of us get a look at some interesting Android-based solutions, such as a game that you play by swiping notifications, an autonomous vehicle powered by a phone, and an unusual home screen launcher. 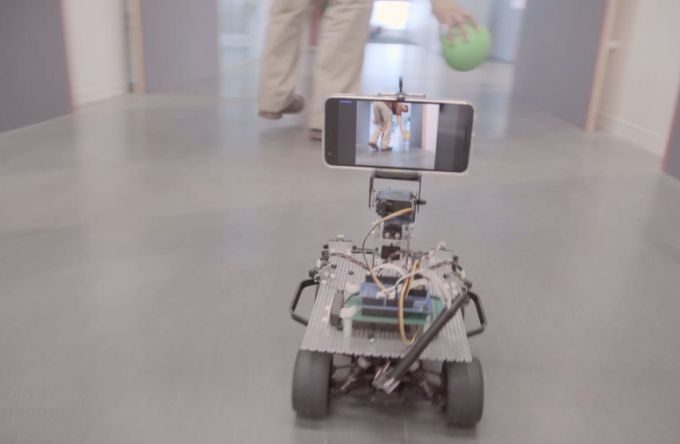 You can view more details about all of the projects at the Android Experiments website. Some are available for download as apps from the Google Play Store, while more involved projects like the autonomous vehicle aren’t available in app form (but you can get the source code for that project).

One of the more unusual apps is HungerMoji: a game that plays out in your notification tray. You’ll need a phone that runs stock Android software to play, because non-standard notifications can mess with game play. But the game is interesting for the way the developer thought outside the box of how you would normally play a game on an Android phone or tablet. 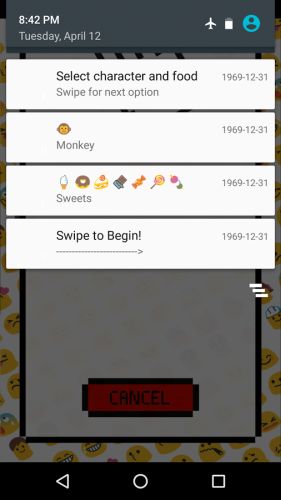 Lens Launcher is a little less outside-the-box, but this app launcher still offers a different experience than any other launcher I’ve seen. You can essentially adjust the settings so that all of your Android apps are visible as tiny icons on a single page. Zoom in by running your finger over the screen until you find the app you want to open.

Another winners is a Flappy Bird-like game called Wearabird that works with Android wear, allowing you to flap your arms to make the bird rise and fall. While it takes a lot more effort to flap your arms than it would to just tap a screen, the game seems a bit more forgiving than Flappy Bird.

Other winners include one designed to make using your phone on a motorcycle more safe, a lock screen that lets you use motion-based gestures instead of a PIN or swiping gesture to unlock the device, a sort of art project, and an app that lets you use your phone as a 3D controller for interacting with objects on a Chromecast-connected display.