Virtual reality may be all the rage today, but Nintendo tried to jump start the space more than 20 years ago with the launch of a portable VR game system called the Virtual Boy.

It was discontinued after less than a year on the market. The Virtual boy was expensive and cumbersome for a portable device, never supported a wide selection of games, and an odd display (stereoscopic images were shown on two 1 x 224 pixel monochrome displays that could show 32 shades of red… and nothing you just read is a typo).

While the Virtual Boy may not have been a particularly successful product, it was one of the first commercially available VR systems… and now you can try out some of the games developed for the Virtual Boy using a smartphone and a Google Cardboard headset. 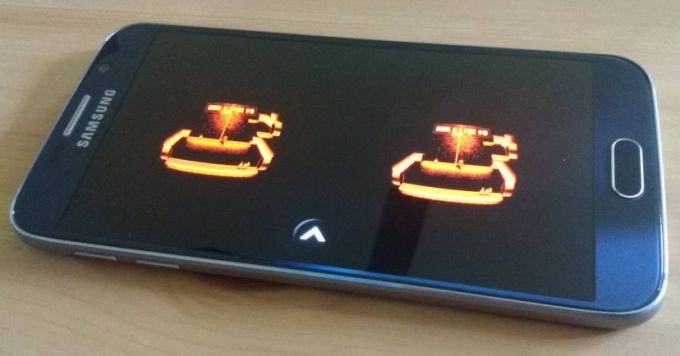 Redditor The-King-of-Spain has posted instructions for setting up an emulator that lets you play Virtual Boy games in much the way they were designed to be played.

There are Virtual Boy emulators, but they typically convert games to 2D or allow you to put on a pair of red/blue glasses to view 3D imagery. But you can also follow the instructions to set up the RetroArch console emulator to display Virtual Boy games in side-by-side 3D views that work with a Cardboard-style headset.

The steps involve installing the RetroArch emulator, the Mednafen VB core, and a special video shader that converts imagery to side-by-side pictures. Not only does this let you view games on your phone through a 2-lens headset, but you can also adjust the colors. Don’t like red? You can switch to grayscale.

Don’t want to go through the trouble of configuring everything yourself, but want to know what the end result looks like? You can watch the video below using a Google Cardboard or Samsung Gear VR headset to get a taste.