Two screens are better than one (sometimes) when you’re using a desktop computer. But what about a laptop? You can get secondary displays for those too.

Let’s go smaller: what about smartwatches?

Maybe one day you’ll be able to get a dual-screen version of that too. 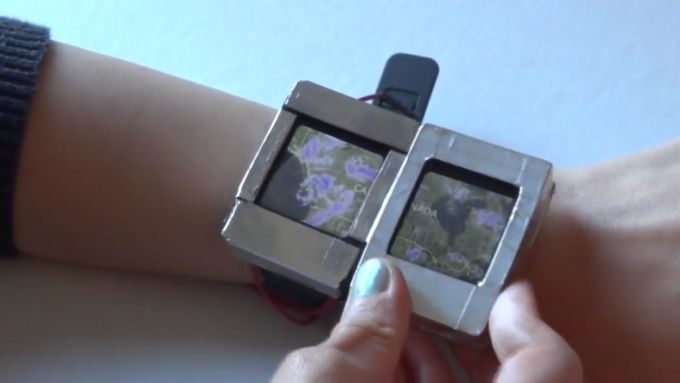 Doppio is a smartwatch concept that incorporates two displays that can be configured in a variety of ways. For instance, one screen can rest on top of the other for a sort of standard, single-screen view. But in addition to touching the screen to interact with apps, you can rotate the screen 90 or 180 degrees to perform actions.

The two screen modules are held together by magnets, allowing you to pick up the screen to view more details about a notification on the second screen. Or you can connect the screens so that they’re side-by-side, effectively doubling your screen space.

The concept video for Doppio shows a pretty clunky prototype that seems to be held together by ducts tape. Hopefully any real products based on the design would be a little more svelte.