Reading comic books and graphic novels can be an expensive hobby, which is why I’ve been a fan of subscription services like Marvel Unlimited and Scribd, which allows you to read thousands of older titles for a fee ($10 per month or $69 per year for Marvel and $9 per month for Scribd).

Now Amazon-owned comiXology is getting in on the action with ComiXology Unlimited. For $6 per month, readers get access to thousands of comics. 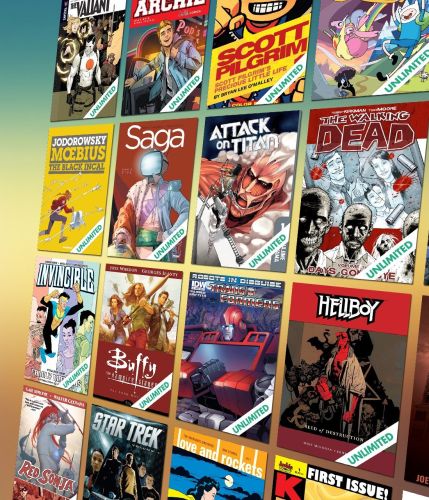 Titles include popular series such as The Walking Dead, Buffy The Vampire Slayer, LumberJanes, Hellboy, Saga, and Attack on Titan. But don’t expect to see any Marvel or DC comics.

Instead, the selection includes titles from Dark Horse, IDW, Boom! Studios, Image, and others.

Comics available to subscribers will be marked with a comiXology Unlimited logo when navigating the company’s Android, iOS, and Amazon Fire tablet apps or the comiXology website. In other words, you find them in the same place you’ll find comics available for purchase… but titles included in your subscription should be clearly marked.

The service is only available in the US at launch, but comiXology says there are plans to launch a subscription option to international customers in the future.

Update: While you might be tempted to think of comiXology Unlimited as a sort of Netflix-for-comics service that lets you binge-read a back-catalog of older titles, it turns out that many of the books available are just first volumes in ongoing series.

So it might be better to think of the service as a discovery platform that lets you find new series to follow… and at less than the price of a single graphic novel per month, it’s still a pretty good deal. Unfortunately for frugal readers, that means the whole point is to get you hooked and convince you to spend more money on comics if you want to read more than the first volume.