After years of hinting that the lines between Android and Chrome OS were getting thinner and blurrier, Google recently announced that Chromebooks would soon be able to run just about any Android app. The Google Play Store will be available for three Chromebooks with touchscreen displays starting in June, and the list of Chrome OS laptops, desktops, and other devices that will gain access to Android apps is pretty long… and expected to get longer.

That means you’ll have access to a full Google Chrome web browser with support for extensions and more than a million Android apps on the same device, along with support for running apps in full-screen windows or in smaller, tablet or phone-sized windows that can be dragged and dropped around the screen.

In other words, it’s possible that some of the best Android devices in the future may actually be running Chrome OS. So is there still room for Android tablets? 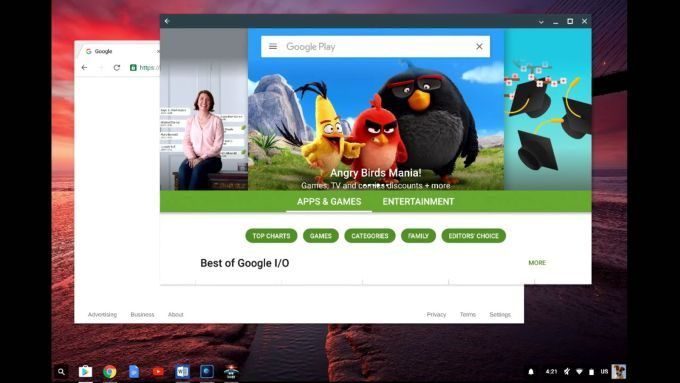 Android began as a smartphone operating system, although today it powers all sorts of gadgets including tablets, TV boxes, and smartwatches. But Android tablets have always been a bit of an odd fit.

The first models were released before Google officially supported tablets, so they essentially ran a smartphone version of the operating system. When Google did finally add support for tablets with the launch of Android 3.0 Honeycomb, the operating system was slapped together so quickly and sloppily that Google decided not to release the source code until after Android 4.0 Ice Cream Sandwich was available.

These days Android is designed to work pretty much the same on phones or tablets… but developers of Android apps and games still tend to focus primarily on phones. There are a lot of apps that don’t really take advantage of the extra screen space available on tablets.

Smartphones, meanwhile, keep getting bigger. At a time when it’s not unusual to find phones with 6 inch screens, some people seem to be deciding it doesn’t make sense to invest in a 7 inch tablet… while others might decide to opt for a 10 inch or larger model that runs Windows rather than Android. 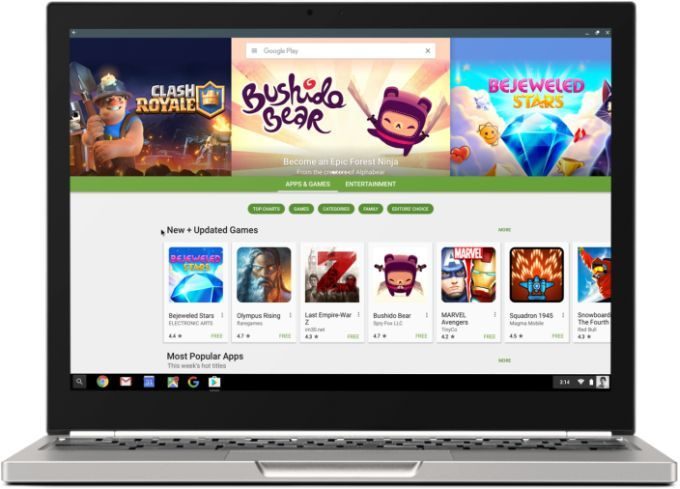 But things look a bit different in the laptop space, where Chromebooks have been one of the few growth segments in the PC space. Laptops with Google’s Chrome operating system tend to be relatively inexpensive, but even models with cheap, low-power processors tend to offer decent performance for web browsing and web-based apps. And there’s a growing number of models with more advanced features such as 4GB of RAM or more, high-resolution displays, touchscreens, faster processors, and even backlit keyboards.

Now many of those laptops are about to gain support for the same Android apps you could run on a tablet (or a phone), and I have to wonder whether it even makes sense to buy an Android tablet anymore.

Today the answer probably depends on what, exactly, you use a tablet for. While you could buy an existing sub-$300 convertible Chromebook like the Acer Chromebook R11 or Asus Chromebook Flip and use it as both a laptop and a tablet, those systems are a lot thicker and heavier than a typical Android tablet. That could make them a bit awkward to hold while reading eBooks, surfing the web on the couch, or throwing in your bag to take with you.

Most of today’s Chromebooks also have 32GB or less of built-in storage, which could make them less than ideal choices for gamers or other users that might want to install a bunch of apps.

But now that Google is bringing the Android framework to Chrome OS, there’s a good reason for device makers to start offering Chromebooks with additional storage space and slimmer designs. Maybe we’ll also start to see 2-in-1 models with detachable keyboards, allowing you to hold a 10 inch tablet in your hands or connect it to the keyboard for use in tablet mode.

I’m looking forward to seeing how Android apps perform on devices like Acer Chromebook R11 and Asus Chromebook Flip. But I’m even more excited to see what kind of next-gen Chrome OS hardware is coming.