The Asus Transformer Book family of computers are 2-in-1 devices that can function either as laptops or tablets. Some models have detachable keyboards, while others have 360 degree hinges that allow you to fold the screen until it’s back-to-back with the keyboard.

One of the most popular lines has been the Transformer Book T100 series, which feature 10 inch tablets, detachable keyboards, and relatively inexpensive price tags.

Now Asus is starting to show of its next-gen model. The company unveiled the Transformer Book T101 at an event in France. 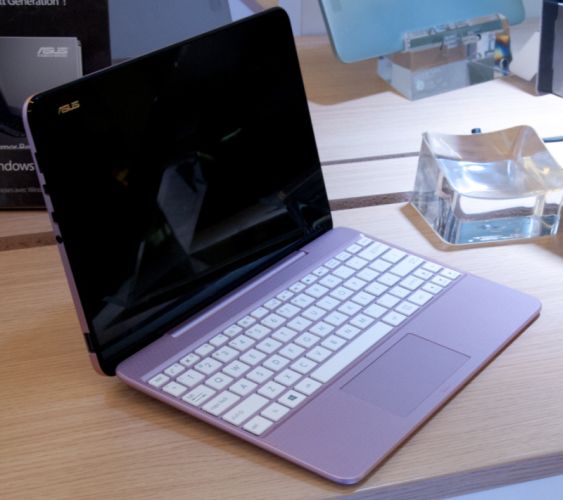 The new model features an Intel Atom x5-Z8350 Cherry Trail processor, 2GB of RAM, and 802.11ac WiFi. It will be available with 64GB or 128GB of storage, and the tablet will be available in three color options: gray, blue, or pink.

Asus says the tablet will be available in August for 299 Euros and up. I suspect that means the starting price for a US model will be around $299.

Interestingly, this is the second model with a Cherry Trail chip from the company. Asus launched the Transformer Book T100HA in 2015. That model has a slightly slower Atom x5-Z8500 processor… but it also has twice the memory, with 4GB of RAM.

The Asus Transformer Book T100HA is already available for purchase for $299.

Asus is currently showing a non-functional model of the new Transformer Book T101, but the company says it will ship with an IPS display that’s brighter than the screen on previous models, at 400 nits rather than 300 nits.

via Mini Machines and Clubic