This week Asus introduced a new line of Asus Transformer tablets with premium specs and a new design: instead of a hard keyboard that transforms the tablet into a notebook, the new Transformer 3, Transformer 3 Pro, and Transformer Mini have Microsoft Surface or iPad-style keyboards which connect to the bottom of the laptop, but which are easiest to use on a table or other flat surface.

But Asus isn’t giving up on its old school Transformer Book series. Earlier this month the company introduced the Transformer Book T101 at an event in France, and now Asus is showing off the 2-in-1 tablet at Computex in Taiwan. 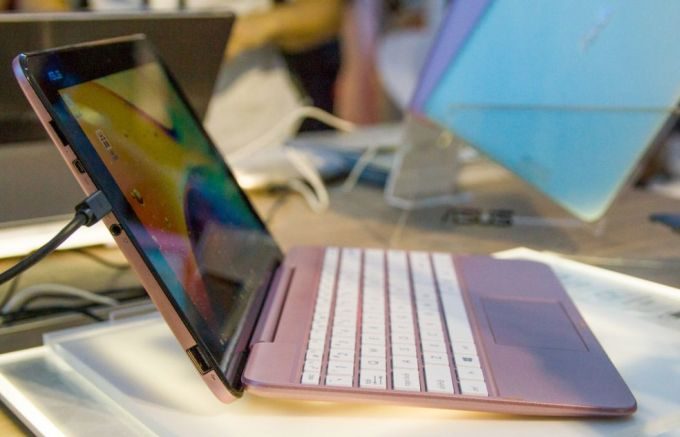 Mobile Geeks got a chance to spend some time with the 10 inch tablet with a detachable keyboard, and reports it’s expected to launch in August for about 299 Euros.

There are also USB, micro USB and micro HDMI ports.

In some ways the new laptop actually seems like a downgrade from an older model: the 2015-era Transformer Book T100HA has a similar design and similar processor, but 4GB of RAM. That model sells for $299 and features 64GB of storage.