It’s a lot easier to upgrade most desktop computers than it is to upgrade the hardware in a laptop. But it’d be even easier if you could do it without opening the case.

A few years ago Razer showed of a modular gaming PC concept code-named Project Christine, that would allow you to upgrade or replace just about anything by sliding out one module and inserting another.

Project Christine has yet to make the move from concept to real device. But now it has some competition: Asus has unveiled its own proof-of-concept upgradeable gaming PC. 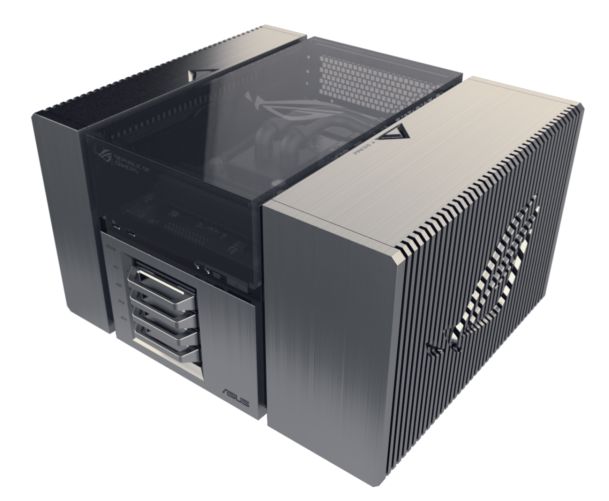 The Asus ROG Avalon concept is part of the Asus Republic of Gamers line of PCs, and it’s basically a gaming desktop with the motherboard built into the case instead of existing as a separart component.

Instead of opening the case and connecting a bunch of wires to add a power supply, graphics adapter, or storage, you can slide in a plug-and-play module.

While Project Chrstine would require Razer or third party companies to develop modules that you could plug into the system, Asus ROG is designed to support existing hardware… it should just be easier to plug an SSD or other accessory in, since you wouldn’t need to run cables throughout the system, and because you could plug hardware into slots in front of the computer rather than opening the case and finding a spot under the hood.

At least that’s the idea, but how well it would work in real life (and how much a system like this would cost) remains to be seen.