Say you’re using your phone to surf the web and you visit a website that has a mobile app that offers a richer, quicker experience than you can get in a web browser. But you don’t necessarily want to download an app since you’re not sure you’ll need to use it that often.

Google has a new solution called Android Instant Apps. They’re basically apps that you can run without going through the trouble of downloading and installing them on your phone. 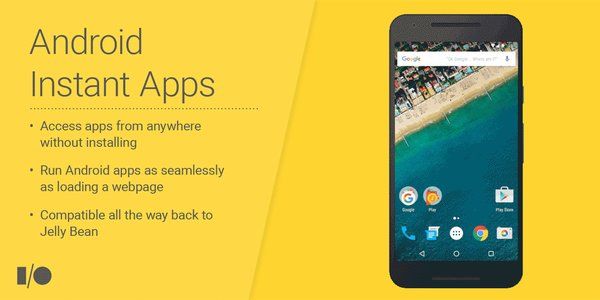 Google will roll out support for Instant Apps via an update to Google Play Services later this year, which means that they should work with most devices running Android 4.2 or later.

When you encounter a link to a website that has an instant app, it’ll load on your phone as if it were a native app, but when you’re done you can close the app without having to uninstall it.

It’s not likely that Instant Apps will replace all native apps anytime soon. It’s probably still more efficient to download and install apps that you use frequently or apps that require a large amount of data to be stored on your device, such as games.

Some of the first Android Instant Apps are expected to come from BuzzFeed, B&H Photo, Disney, Hotel Tonight, Medium, and Zumper.