The Raspberry Pi Zero is a tiny $5 single-board computer with a 1 GHz ARM11 processor, 512MB of RAM, two micro USB ports, and a microSD card slot, and a mini HDMI port, as well as a 40-pin GPIO header. It can run most of the software available for other Raspberry Pi computers and with a little extra hardware you can even attach Raspberry Pi-compatible accessories.

But one thing the $5 computer didn’t have at launch was a dedicated camera connector. Now it does. 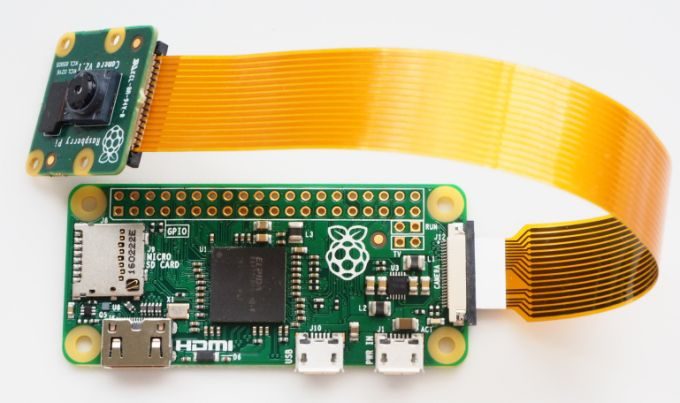 The Raspberry Pi Foundation has released an updated version of the computer which includes the CSI connector necessary to hook up a Raspberry Pi camera.

The latest Pi camera features a Sony IMX219 8 megapixel image sensor and sells for about $25, which makes the camera substantially more expensive than the computer itself.

Or you could just connect a USB camera of your choice. But the official camera should use fewer system resources in most cases, which comes in handy with a low-power system like the Raspberry Pi Zero.