Microsoft has added a list of features “in development” to its Windows 10 for business website, providing a partial roadmap for new things you’ll be able to do with Windows 10 devices in the coming months.

Among other things, you’ll eventually be able to use an Android or Windows phone to unlock a PC, or pair a laptop dock with some Windows phones to effectively use your smartphone as the brains of a laptop. 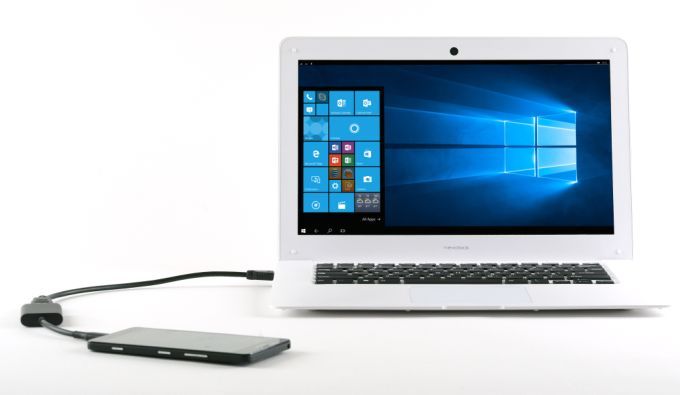 While Windows 10 Mobile already includes a feature called Continuum for Phone that lets you connect a keyboard, mouse, and display to run apps in a desktop-style view, Microsoft has a few major updates planned. One will let you connect to a screen wirelessly, assuming your devices support Miracast. Another new feature is “support for a new accessory form factor that looks like a lightweight and low-cost laptop, but without any CPU or OS.”

In other words, expect to see more devices like the crowdfunded NexDock laptop dock or the discontinued Motorola LapDock in the future.

Also on the way is support for touchscreen monitors when using Continuum, which means you’ll be able to touch the display to interact with apps rather than touching the phone.

And you’ll also be able to use Continuum to project your phone’s user interface to a Windows 10 PC. Right now Continum for phone only lets you connect to a monitor.

The PC unlocking feature will let you use your phone “as remote credential store” to not only unlock your computer, but also to login to any apps or services that use Windows Hello and Microsoft Passport. For example, you may be able to login to some websites using the Microsoft Edge browser using your phone rather than by typing a password.

Windows 10 will also gain support for unlocking a PC using a Microsoft Band 2 “or other devices that integrates with the Windows 10 Companion Device Framework.”

Other new features include “PC to PC casting,” allowing you to display your Windows desktop on another computer, Web Notifications for the Microsoft Edge web browser, allowing you to receive notifications from websites even when they are not open, and a Picture in Picture mode for monitoring media while using your computer for other activities.