The $149 NexDock isn’t the only device designed to let you use an Android smartphone like a laptop. A new team has just unveiled a $99 option called the Superbook.

It looks like a laptop, but it’s basically a keyboard, touchpad and 11.6 inch display. It has no memory, storage, or processor. Instead, you can connect your phone and it lets you run Android apps on the larger screen. 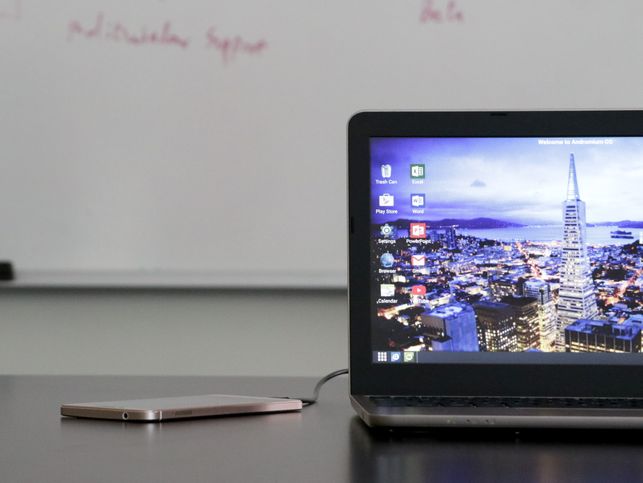 The Superbook website is a little light on details, but one of the developers of the project has answered some questions on /r/Android:

The Superbook is said to work best on phones with more than 1GB of RAM and phones with 64-bit processors.

This idea isn’t entirely new: Motorola offered a line of “lapdocks” for its discontinued Atrix line of smartphones years ago. In addition to letting you use your phone with a keyboard and external display, they actually supported a separate, more desktop-friendly user interface fro running full desktop apps like Firefox. But people have been buying old Lapdocks on eBay for years, and using them as laptop shells for small computers like a Raspberry Pi.

But the Lapdock may have been ahead of its time. Now that we’re seeing the beginnings of official support for multi-window mode in Android, not to mention third-party versions of the operating system such as Remix OS and Phoenix OS with multi-window support, maybe the time has really come.

The Superbook isn’t available for purchase yet, but you can sign up at the Superbook website to get more details when it becomes available.